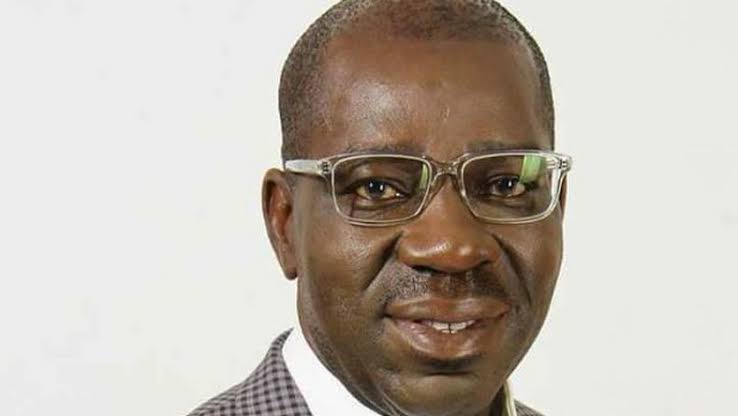 Governor Godwin Obaseki of Edo State on Sunday said his administration was nurturing youths to become responsible politicians and effective leaders by seeing politics as a platform to serve humanity.
The Governor stated this at a Special Election Victory Thanksgiving organised by a state legislator, Marcus Onobun, and held at St Paul’s Anglican Church, Iruekpen, Esan West Local Government Area on Sunday.
Onobun represents Esan West in the Edo State House of Assembly.
Obaseki said: “We cannot continue to make young people believe that politics is about deception; we have to strengthen their faith that politics is service to humanity and to God; that politics is about providing for the people.
“We have learnt that it is not about today, but about tomorrow.
“So, we have to support the youths because tomorrow will be built by the young people we see today.
“If we don’t support and encourage them, how would we build tomorrow?
“That is why I am committed to nurturing young people like Marcus.”
Obaseki said God brought his administration to being for a purpose, adding that God would not have brought him to power if he wanted Edo State to remain stagnant.
The governor promised to make available N5 million empowerment fund for women in the Church to improve their well-being.
In his remarks, Onobun, who described the governor as his “mentor”, commended him for giving youths the platform to succeed in their various careers.
He said: “The Governor has been giving young people the opportunity to serve in his government; I am a beneficiary of that kindness.”
He pledged his continued loyalty to the Governor and promised to live up to the confidence reposed on him by his constituents.