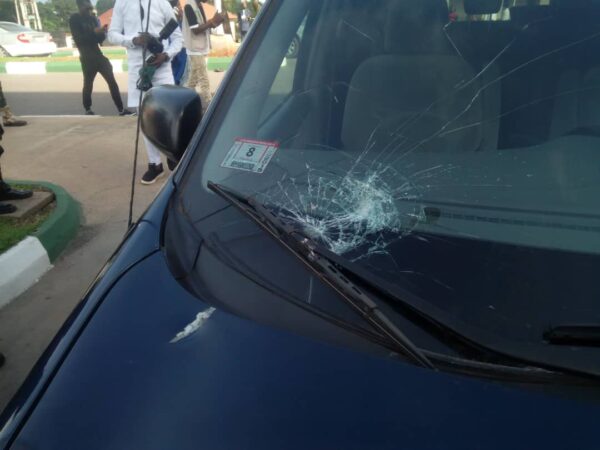 A convoy made up of prominent Nigerians, including the Edo State Governor, Godwin Obaseki; Oba of Lagos, Rilwan Akiolu; and Chairman, Caverton Offshore Support Group and Chancellor of the Edo State University, Aderemi Makanjuola, was on Saturday attacked as it moved towards the home of the National Chairman of the All Progressives Congress, Comrade Adams Oshiomhole.
Oshiomhole had invited the dignitaries for lunch in his Iyamho home in Edo State after they attended the first convocation ceremony of Edo State University, also in Iyamho.
It was at the convocation that Makanjuola was installed as the Chancellor of the university.
Suspected political thugs were blamed for the attack.
The attackers pelted vehicles in the convoy with all manner of objects, including stones.