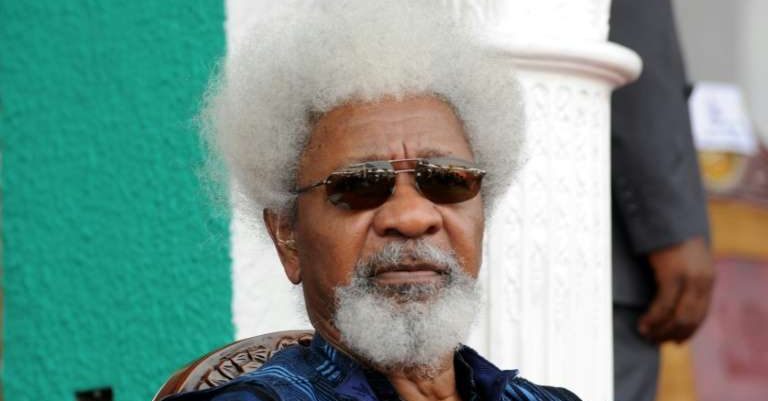 Nobel laureate, Prof. Wole Soyinka, has described former President Olusegun Obasanjo of being the most hypocritical former leader of the country.
Soyinka spoke on Friday at a dinner organised by the International Press Institute at its ongoing Congress in Abuja.
Soyinka spoke against the backdrop of the attempt by Obasanjo to lead the political movement to change Nigeria in 2019.
He said: “Obasanjo has crossed the red line and I will launch a publication to expose him on July 3 at Freedom Park in Lagos.
“He is trying to hijack a recovery process he is least worthy to lead.”
Soyinka said Obasanjo is not the right person to lead any movement for reform on change of leadership in the country in 2019, adding that his Coalition for Nigerian Movement should not be glorified.
He said Obasanjo and other geriatric leaders of his generation should step aside and allow a new generation to lead the nation.
Responding to a question that he has not been critical of Obasanjo as he had been of other past leaders, especially late General Sani Abacha, Soyinka said: “As for Obasanjo, I have news for him.
“And it has been a progressive thing.
“I believe Obasanjo has really crossed the red line because he is trying to put himself as the head of a recovery process.
“He is trying to hijack the recovery process in this nation and I say that he is one of the least worthy of one of the former heads of States to lead that kind of movement.
“I have brought out a publication about that, the title is in Latin, but it means who watches the watchmen.
“That publication is coming out simply because I will like to see new blood in governance in this nation and I think these corrupt and hypocritical geriatrics should stop recycling themselves and they should stop trying to co-opt their former cronies to take over the reigns of governance in this nation.”