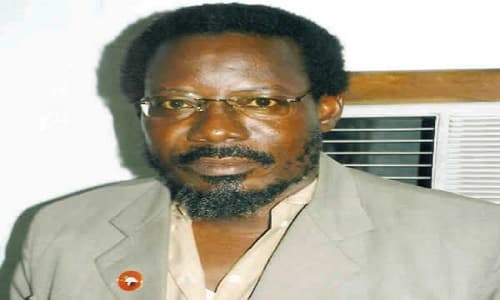 The Centre for Anti-Corruption and Open Leadership has described the action of suing the Economic and Financial Crimes Commission by former Minister for Defence, Musiliu Obanikoro, as impudent and reprehensible.
CACOL said this in reaction to a recent suit filed by Obanikoro demanding N100 million as general damages for the forfeiture of some of his assets over the infamous arms deal scam.
The group’s position was stated by its Executive Chairman, Debo Adeniran: “The spate of the bare-face impunity being displayed by some corruption suspects in the country as the anti-corruption drive is waxing on stronger is becoming highly annoying and disrespectful of the collective intelligence of Nigerians as a people.
“It is this roguish attitude that is emboldening Obanikoro who initially ran away from the country when the lid on the ‘can of worms’ of the arms deal scandal was lifted; who admitted to receiving funds and have gone ahead to return some, to sue the EFCC for damages and breach of his ‘fundamental ‘human rights’.
“This is someone who benefitted from the conspiracy against the very country he was supposed to be protecting as Minister of Defence for State to divert and loot the funds meant for purchasing fire arms to combat the Boko Haram insurgency in the North East. Knowing that this is an insurgency which has led to the loss of countless lives and property; yet these elements dare to demonstrate this level of effrontery, to say the least, makes Obanikoro’s move like Andrew Yakubu’s indeed appalling and insulting.”
Further expressing disgust at the level of hypocrisy shown by some corruption suspects recently, Adeniran said: “That people commit crimes that had and continue to damage the socio-political and economic essence of the country can dare to abuse the intellect of the people so blatantly is both nauseating and provocative.
“Because of elements like Andrew Yakubu, former NNPC GMD of the famed N3 billion stashed cash fame and Obanikoro, the FG must intensify the fight against corruption as some looters are obviously incurable, shameless and recalcitrant. In fact they are beginning to feel that they can always get away with whatever they do. As we have always suggested, even though we can relate with ‘plea bargaining’ to some point, we insist that anyone who has stolen money from the Public or Private Purse should be thrown behind bars after such stolen funds have been retrieved from them particularly the recalcitrant ones.”
Adeniran encouraged the EFCC and other anti-corruption agencies to sustain the fight, adding that the cunning moves by the purloiners should not dampen their morale nor deter them from hunting down everyone who has taken part in pillaging of the National Treasury.
He said the Federal Government and the EFCC must deploy diligence and thorough vigilance in handling the judicial processes of corruption suspects like the “shameless duo” in order for the suspects not to escape justice via legal gymnastics.