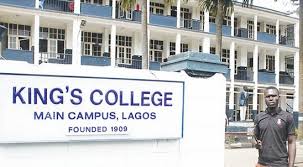 The Oba of Lagos, Rilwan Akinolu, and others are set to witness the 100 years Inter House Sports of Kings College on Saturday this week.
Others to grace the occasion include the Permanent Secretary, Federal Ministry of Education, Sommy  S.T. Echono; Chairman, Sports Connect Consultancy Limited, Dr. Kweku Adedayo Tandoh; Director, Basic and Secondary, Federal Ministry of Education, Abuja and Chairman, School Based Management Committee, Alhaji Jani Ibrahim.
The Director and Principal of Kings College, Lagos, Andrew Agada, who confirmed the development, said: “Sports is important for the proper education of the youth and future leaders of the nation, which Kings College stands for.
“It inculcates the virtues of team spirit, emphasises acceptance of rules and ensuring fairness for all.
“It keeps them fully occupied outside the classrooms and so they are less available for cultism and other negative activities, which may impair their progress.
“It is also an avenue for students to relax after series of academic (brain) work.
“As the saying goes: all work and no play makes jack a dull boy.”

Preparation
Agada said: “Staff and students have been on their toes in the last four months in spite   of the tight schedules occasioned by National competitions, which have just been concluded.
“Staff at different committee levels and even parents took it upon themselves with courage and determination to put the event of the 100th edition of the Inter House sports   together.
“We have extended invitation to some eminent Nigerians and even the old Boys of the College.

Importance
Agada said: “Students in school learn to live together irrespective of tribe, religion, and diverse culture.
“Sport remains a unifying factor.
“Sports also give the youths training in leadership and National Unity.
“A nation whose youths are regularly occupied think less of cultism and other vices, which may impede national/personal progress.

Achievements
Agada said: “History had it that 1920 was a major milestone in the history of sports in King’s College.
“The  years between 1920 and 1970 can be described as a Golden Era of Sports in King’s College.
“Students broke records in the school and the Country.
“The college was also instrumental to the establishment of Athletics Association in Nigeria in 1944.
“There were competitions in all four major sports, that is Athletics, Cricket, Football and Hokey.
“However, the inter house Athletics competition was one of the biggest sporting events   in the College Sporting Calendar.
“From this event, so many talents were discovered, nurtured and made to represent  Nigeria, among whom was late Alhaji A.K. Amu, who in his lifetime occupied various important positions in the field of sports.
“For example, he was one time Director of Sports in the Old Bendel State and member of Top Management at the National Institute for Sports in Lagos State.
“Alhaji Femi Okunnu (SAN), another Old Boy, represented the country in various athletics events.”

Problems
Agada said: “The major problem is the lack of funds to provide equipment and upgrade the existing facilities to meet up with the ever increasing population of the college.
“Inadequate human and material resources.
“Lack of space is another challenge coupled with loaded curriculum.
“There is therefore need for government and other stakeholders like corporate bodies, captains of industries to come to the aid of many yet to be identified talented youths of Nigeria that are in our college.