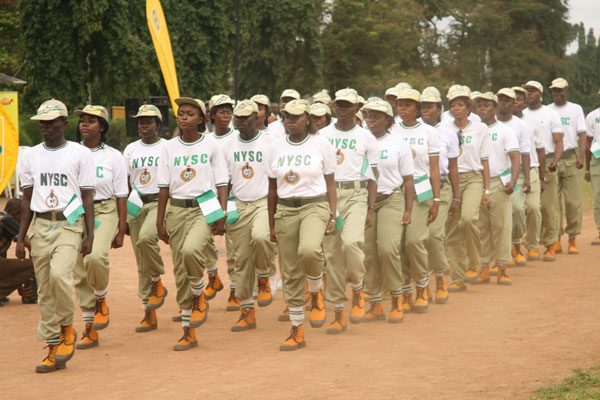 The National Youth Service Corps has set aside N26 million to replace a Corps member’s amputated limbs in Kano State.
The state NYSC Coordinator, Malam Ladan Baba, disclosed this to newsmen on Wednesday when he led other officials of the scheme to visit the corps member, Nuruddeen Tahir, at his family house in Gwarzo Local Government Area of the state.
Baba sai the corps member, who already had his left hand amputated when he was 12 years old, had also lost the other one in an accident on his way to his Place of Primary Assignment in Taraba State, where he attended orientation course for 2019 Batch ‘B’, Stream l.
He said: “The DG, when he heard the information, was so concerned about the condition of the Corps member.
“Therefore, he made adequate arrangements to replace the two hands with artificial ones.”
The coordinator explained that the courage and endurance of the 27-year-old corps member to continue with his education after the amputation of the first hand prompted the DG to offer him the lifetime succour.
He said: “Tahir is presently stable after spending over two months on admission at Dala Orthopaedic Hospital in Kano, and the NYSC had settled all his medical bills and had since been posted to teach in a secondary school in his hometown.
“After he managed to complete his primary education, he had the zeal and determination to continue with his education up to degree level where he graduated with a Bachelor of Arts in Islamic Studies from Yusuf Maitama-Sule University, Kano.
“In order to give this patriotic young man hope of life, the DG made adequate arrangements to replace the two limbs with artificial ones worth N26 million in order to give him relief and succour.”
He said the replacement process is ongoing as the doctors had made steady progress for completion of the implanting of the limbs.
In his remarks, the doctor who would administer the implant, Dr. Rufus Arumugam, said they had already placed the order for the artificial limbs from Scotland, adding that they would be delivered in 45 days from now.
Arumugam explained that the customised prosthetic limbs, which would be built using bionic technology, would enable the patient to move his hands normally.
According to him, the limbs would come with a remote control which would be used to move the hands based on the action the patient wants to perform.
Also speaking to newsmen, the father of the corps member, Alhaji Dahiru Dalhatu, expressed happiness and gratitude for the gesture.
Dalhatu said: “Tahir was grinding grains when he was 12 years.
“The grinding machine grabbed up his cloth and severely injured him, which eventually led to the amputation of his left limb at Aminu Kano Teaching Hospital.
“My son is not lazy and wants to continue with his life struggles even with the loss of his limbs.
“But now with this gesture by the NYSC, my son will be able to continue to run his normal life.
“I thank the Director General.
“I am highly grateful to him and the Kano State Coordinator for standing with us.”