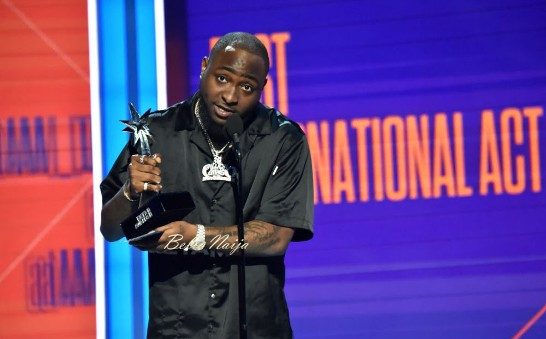 Ace Nigerian and award-winning singer, David Adeleke a.k.a. Davido, has postponed his tour of the US to complete the mandatory National Youth Service Corps programme.
The `Assurance’ crooner took to his Instagram handle @Davidoofficial to announce that he had cancelled the latter part of his concert in the US to concentrate on serving his fatherland.
He stated: “Due to scheduling conflicts and National Youth Service Corps commitments in Nigeria, the remaining date for the `Davido Locked Up Tour’ has been cancelled.
“Refunds will be made available at point of purchase. Davido and his team are working hard to reschedule all dates plus add new dates in the near future.
“I love you guys and see you soon. Houston, Dallas, L.A and San Francisco will be giving you all the new dates soon.
“I apologise to all my fans, but duty calls! Shout out to all the fans who sold out each City so far.”
The NYSC scheme is obligatory for all graduates of higher institutions in the country.
The News Agency of Nigeria reports that Davido graduated from Babcock University in Ogun State in 2015, with a degree in music.
The 25 year-old singer joins thousands of young graduates who will take part in the programme.
After undergoing his NYSC registration on August 29, the singer left the Lagos Orientation Camp in preparation for his show.
He is a member of the 2018 Batch B, which orientation programme ends on Monday, September 17.
In 2018, he won the Best International Act at the BET Awards and also won the artist of the year at the Headies Awards.