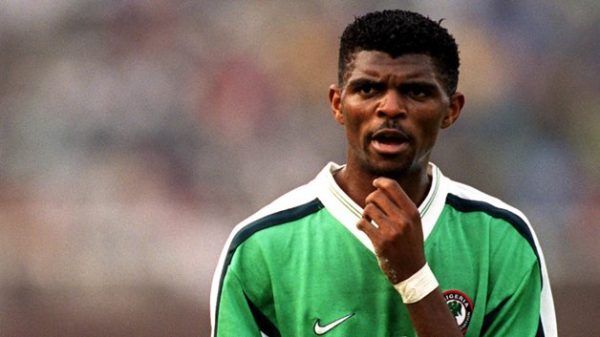 Former Super Eagles’ skipper, Nwankwo Kanu had $11,000 (£8,228) in cash stolen from his suitcase in Moscow after he arrived from London.
Russian police said it was taken by two loaders at Moscow’s Sheremetyevo Airport.
Kanu, 41, reported the money missing when he reached Kaliningrad, where he was playing in a World Cup curtain raiser game organised by FIFA.
Lieutenant ColonelIrina Volk, spokeswoman for the Russian Interior Ministry, said the loaders were dealing with the baggage from a London to Moscow flight.
Kanu, travelling on a British passport, had appealed for help to police in Kaliningrad, she said.
“The stolen cash was removed (from the loaders) and will soon be returned to the owner,” she said.
Mash online news outlet reported: “The World Cup has not even begun yet, but world soccer celebrities already require the help of Russian [email protected]
The loaders, aged 30 and 36, face criminal investigation and could be sent to jail for up to six years.
Kanu played alongside ex-Manchester United and England star Wes Brown in a FIFA legends team against a Russian legends side.