NUJ President asserts media’s role in democracy, says ‘we will not keep mute’ 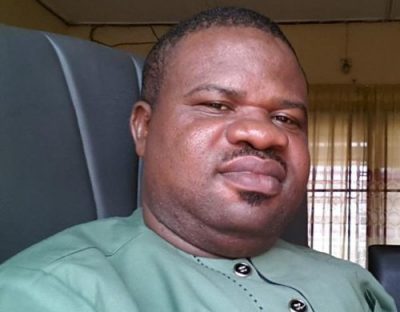 Comrade Chris Isiguzo, President of the Nigeria Union of Journalists, on Thursday reiterated the constitutional responsibility of the media to hold Government accountable to its citizens, noting that the media remained the last of hope Nigerians.

Isiguzo said this in Lafia at a dinner and award night organised by the Nasarawa State Council to mark the end of the NUJ Press Week in the state.

According to him, the level of insecurity in Nigeria had made the country highly vulnerable, noting that the three arms of government: executive, legislature and judiciary, had technically given up, leaving the media as the last hope of Nigerians.

He, therefore, charged journalists to continue to exercise their constitutional responsibility of holding Government accountable to the people, instead of keeping mute.

“The challenge of insecurity has become a common thing.

“We are so concerned that life has become so cheap in Nigeria.

“The primary responsibility of every Government is to protect the lives and property of its citizenry.

“We will not keep quiet about what has become a trending issue, that is affecting Nigeria.

“It is obvious that Nigerians are now looking up to the media as their only hope, the executive, legislature and judiciary having technically give up.

“Therefore, we will not keep mute.

“It means that both the Government and the governed look up to the media for a sense of direction.”

The NUJ President called on Government at all levels and traditional institutions to rise to the occasion by putting their hands on the deck to ensure that the citizens of Nigeria go to sleep with their two eyes closed.

“We are appealing to President Muhammadu Buhari as much as we appreciate him for the work he has been doing recently, to some extent he overhauled the security architecture, but he needs to do more,” he said.

Isiguzo commended Governor Abdullahi Sule of Nasarawa State for extending support to the members of fourth estate of the realm, saying the media appreciated the number of projects his administration had initiated and completed.

“Democracy without impacting on the life of people is not democracy, because democracy is about people, once people are alienated from the government that’s no longer a democracy,” he said.

Isiguzo, while commending the Nasarawa State Council for organising a colourful press week, said the essence of the week was to afford journalists review activities of the past year, with a view to making amends and improving, where necessary.

The News Agency of Nigeria reports that Governor Sule was given an award of recognition for sustained peace efforts, investment and media friendliness, whilst several other awards were given to journalists and individuals who distinguished themselves in various fields.