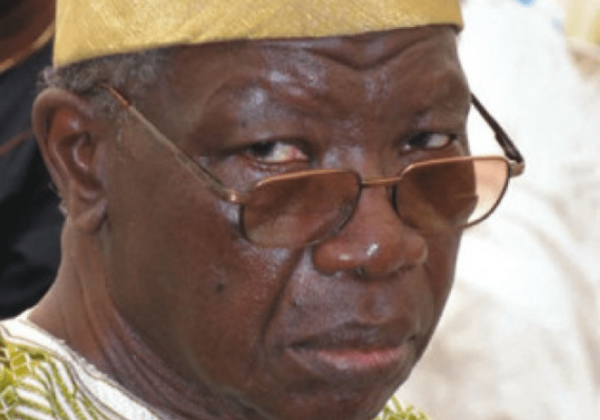 The Nigeria Union of Journalists on Thursday expressed sadness over the death of the former Governor of Lagos State, Alhaji Lateef Jakande, at the age of 91.

This is contained in a statement signed by the National President of the NUJ, Chris Isiguzo, in Abuja.

Isiguzo described the death of Jakande as a Passage of a Titan.

“As a Nigerian journalist who became the governor of Lagos State and later Minister of Works under late Gen. Sani Abacha, Jakande will be remembered for his consistent commitment to journalism and public service.

“His life and times epitomised resilience, positive audacity, bravery, bravado and a knack for excellence.

“The NUJ will continue to cherish his mentorship, guidance and contributions  to the growth of Journalism in the country, and support to the Union. He will be greatly missed.

“It is painful, however, that Baba Jakande died at the time when another media Titan, Prince Tony Momoh, was being laid to rest in Lagos.

“While extending our condolences to his immediate family, the people and Government of Lagos State and the media community, we pray that the Almighty Allah will dwell his soul in Jannatul Firdaus,” Isiguzo said.

Jakande began his journalism career with the Daily Service in 1949. He later joined the Nigerian Tribune in 1953 and rose to the rank of the Editor-in-Chief of the newspaper.