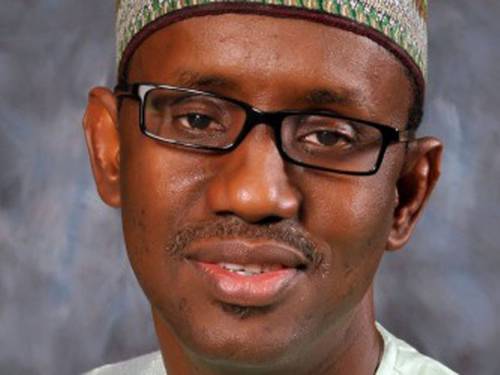 Black Cap Movement, a group founded based on the political ideologies of the pioneer Chairman of the Economic and Financial Crimes Commission, Mallam Nuhu Ribadu, has dumped him and declared loyalty to the Governor of Adamawa State, Muhammadu Umar Jibrilla Bindow.
One of the founding members and a “General” in the struggle to make Ribadu’s political dreams a reality, Ibrahim Umar Jalingo, said more than half of the members of the group have shifted their loyalty to Bindow because of his focus in making sure that Adamawa State is developed.
Jalingo revealed that their decision to support Bindow was based on the way the leader of the group, Mustapha Atiku Ribadu, is using them to exploit other politicians without their knowledge.
According to him Mustapha is running the group like a one man show, with no accountability as to whatever is coming in and out of the group that was formed on the principles of integrity and forthrightness.
He bitterly lamented how Mustapha made people to connote the group as being bad and evil by attacking even senior citizens of the state instead of promoting unity and peace.
Jalingo revealed during the group’s formal meeting to sheath their swords against Bindow, who he said is harmless and a politically peace loving person, that Mustapha is now a standalone.
He assured that all the “Generals” and founding members with their total loyalty are now supporting the governor to make sure that the All Progressives Congress at all levels in the state form the next government.
He said: “We are tired of being sycophants and stooges of Mustapha Atiku Ribadu, who uses us as conduit pipes to extort money from other politicians.
“We cannot be in the same place in our State, for God’s sake.
“Both Bindow and Mallam Nuhu are sons of the same APC father.
“Why would he be using us to fight our Governor who is doing well?
“I want the world to know the whole truth: Mustapha is not having the interest of Adamawa State.
“His interest is to make money in the name of the group.”
Mustapha Atiku Ribadu in his response chided the way Jalingo and other members declared their loyalty to Bindow without intimating Mallam Nuhu Ribadu, who is their principal.
He frowned at Jalingo for describing him as a “conduit pipe” for exploiting money from other politicians as the group is not a public liability company that generates money.
He said: “Ibrahim Umar Jalingo is from Taraba.
“He is not an indigene of Adamawa State so he should leave me as an indigene of my state to address the issues.
“I can’t support the Governor without the go ahead of our principal.
“Mallam Nuhu Ribadu must tell me the direction to follow at all levels of Adamawa politics.”