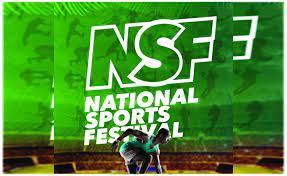 The basketball event of the 2020 National Sports Festival has continued to live up to its pre-competition hype despite Rivers State’s withdrawal at the last minute.

With five teams competing for honours, games were played in a round robin format to give all teams equal chances of fighting for the gold, silver and bronze medals on offer.

Gombe, who fell to FCT, the host of the last edition of the festival held in 2018, came back stronger to erase all doubts with three wins so far and a last game against Lagos on Monday.

In their first game, Gombe, led by Coach Abdulrahman Mohammed, left nobody in doubt about their intention of going a step further than their 2018 achievement after defeating Kano 66-59 points

They followed in similar fashion defeating host, Edo, 68-60 points as they followed up with another win against Kwara: 76-56 points.

For Kano, they bounced back easily against Edo, recording an emphatic 77-57 points victory before another 94-66 points win against hapless Kwara.

Although it was a close game, Kano emerged victorious 89-86 points to record their third victory in four games.

Lagos defeated Kwara (103-52), Edo (75-60) and lost to Kano with a make or mar game against Gombe on the last day which will technically be the competition’s decider.

In the event that teams are tied on the same points at the end of the games, points differences will be adopted, while head-to-head will be the last option to determine the top three teams.

Meanwhile, Lagos will meet Bayelsa in the final of the women’s event at 4pm on Monday at Emotan College, Wire Road, Benin.