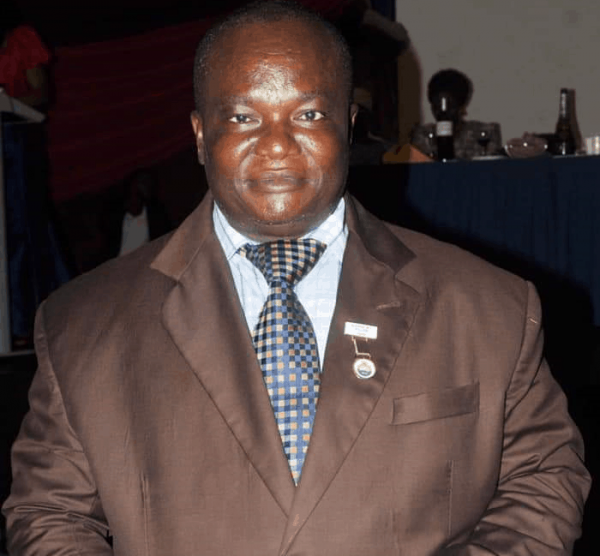 The President of Nigerian Society of Engineers, Kunle Mokuolu, has extolled the selfless service of late Mathias Ajudua, who was an NSE fellow and Director with the News Agency of Nigeria.
Ajudua slumped and died on Friday in Abuja while preparing to leave for work.
He served Nigerian Institute of Electrical and Electronics Engineers as National Publicity Secretary, 2008- 2010, National Financial Secretary, 2014-2015, and National Treasurer in 2016.
Ajudua, a member of Council for the Regulation of Engineering in Nigeria, joined NAN on June 13, 1988 as Engineer II and steadily rose to become the Director and Head of Technical Services and ICT on January 1, 2018.
The NSE President, attending the ongoing 2019 Convention of the Association of Nigerian Engineers and Scientists in America, in Atlanta, USA, expressed shock at Ajudua’s sudden death on telephone.
He said: “This is a very shocking news, Ajudua was a very dedicated and excellent engineer. He had great commitment to whatever assignment you give him.
“Engineer Ajudua has remotely helped the development of our country in his own way because he exposed NSE to the media and advocacy for the development of Nigeria.
“He has really helped us in our media advocacy and facilitated showcasing our activities for the development of Nigeria.
“NAN has a very wide reach and sometimes when he brought us there to air our views on pertinent issues, contributed to the success of the society and helped the development of the country.
“And again he was a humble man and you will not know that he had such an influence to match great things he was doing.”
Emmanuel Akinwole, NIEEE immediate past National Chairman, told NAN that Ajudua was very resourceful in management of media relations for the NSE, describing him as diligent and humble.
He said: “This is a big blow to the engineering community. He held fellowship of our great and noble society.
“He was the most senior member of our association who has handled our publicity and media relations with so much zeal and professionalism.
“Engineer Mathias Ajudua was an easy going, dutiful and diligent electrical engineer that joined and served the NSE and NIEEE since early 90s.
“He rose through the ranks and was the National Financial Secretary of NIEEE from 2014-2015 and National Treasurer in 2016. When he moved to Abuja recently on being promoted as a director in NAN, he served in several publicity committees of NSE at the National Headquarters, Abuja.
“He was the most active and most senior engineer in professional news media house that served the Society (NSE /NIEEE) to the fullest in the last fifteen years. We would surely miss him.”
Also, Ajudua’s NAN colleagues nationwide took to their various whatsApp platforms to lament the death, extol his virtues of simplicity and humility.
The NAN Lagos branch Chairman of the Nigerian Union of Journalists, Bola Akingbehin, wrote: “Your sudden demise was a rude shock to me. Baba Cele, my own personal person”.
He added: “Ajudua….hmmmm, what a life. Thank you for showing us that life is not complicated. You made civil service work simple, no protocols, no hostility.
“A selfless boss and a down to earth man. Ever jovial, friendly to a fault.
For Engineer Ajudua, there was no junior or senior. Everyone was treated equally by him.
“He could sacrifice anything for anyone as long as it’s in his care. What a man!
Greet him or not, he would greet you.
“Never tired Mr Ajudua, always busy doing his work and showing example despite the fact that his juniors are around. We shall miss all that you stand for. Adieu great man and a wonderful boss.”
Late Ajudua was born on March 23, 1962, at Okpanam in Oshimili North Local Government Area of Delta State and attended St. Patrick’s Catholic School, Yaba, Lagos, from January, 1967 to December, 1971.
He also attended Victory High School, Airport Road, Ikeja, and Lagos Anglican Boys Grammar School, Bariga, Lagos.
He attended University of Benin from October 1978 to June 1983 and graduated with a Bachelor of Science Degree in Electrical/Electronics Engineering.
He is survived by an aged mother, wife, Margret, and three children.
The management of NAN in a statement issued on Friday by the Managing Director, Bayo Onanuga, said that the deceased died  in Abuja of what was suspected to be cardiac arrest.