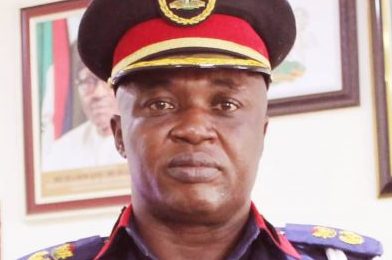 Officials of the Nigerian Security and Civil Defence Corps, Lagos State command, on Wednesday averted what could have resulted in a major fire disaster in the Oke Afa, Ejigbo area of the state.

The personnel of the corps attached to the Oshodi-Isolo divisional area of the state, at about 22:30hrs swiftly responded to a fire explosion, which occurred at Oke – Afa, Ejigbo, Lagos. 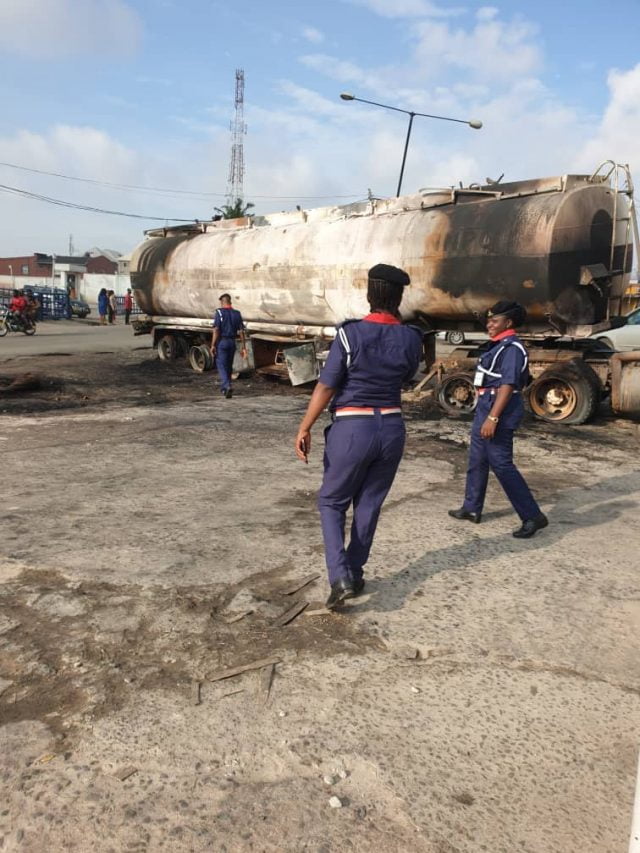 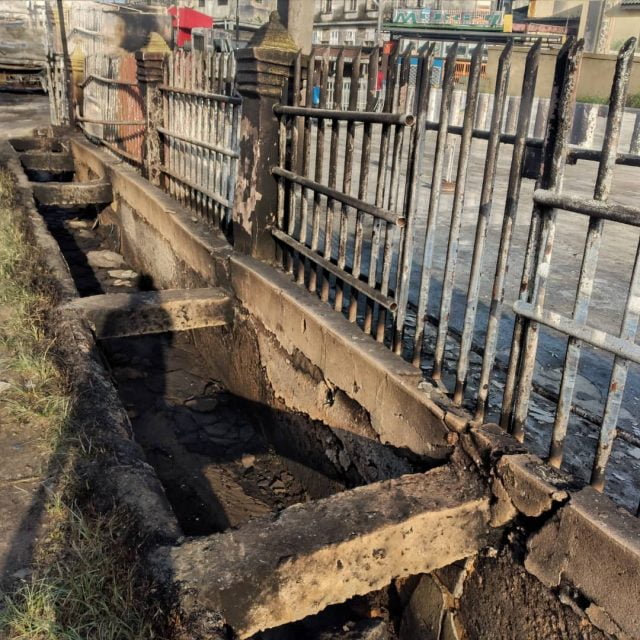 According to a statement by the corps’ spokesman, ASCI Abolurin Oluwaseun Olumide, preliminary information about the explosion showed that a petrol-laden tanker caught fire while trying to discharge its contents at an Oando Filling Station located at Oke-Afa, Ejigbo.

“However, it was also gathered that the driver of the tanker managed to redirect the vehicle back to the main road, in a bid to forestall a much more collateral damage of lives and property at the filling station,” it stated.

The fire was eventually put off by the personnel of the Lagos State Fire Service who also responded swiftly.

The Divisional Officer, Oshodi-Isolo Division, Chief Superintendent of Corps (CSC), Ekenkwo Chinyere Peace, who led her gallant personnel to the scene of the fire explosion, expressed the readiness and swift response of the division towards managing disaster of any kind in her divisional area.

The personnel who worked assiduously with other sister agencies such as Lagos State Fire Service and LASEMA also ensured that criminals did not use the incident to perpetrate their evil act in the area. 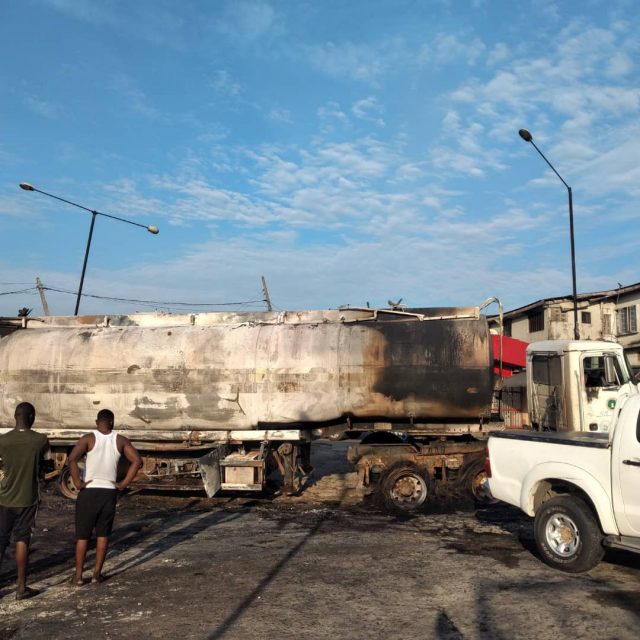 The commandant of the NSCDC, Lagos State command, Eweka Douglas Okoro, has directed the Oshodi-Isolo Divisional Officer, CSC Ekenkwo Chinyere Peace, and the disaster management team of the command to station personnel at the scene, to assist in evacuation or any unforeseen rescue operations, as well as in the decongestion of traffic that may be caused by the incident.

Eweka also assured residents of the state and the government of a better and continuous improvement in disaster management and control in the state.