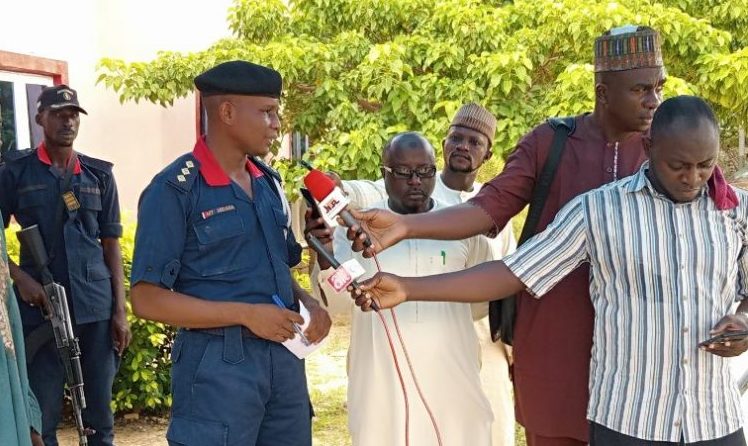 The Spokesman of the Corps, DSC Mohammed Tukur, stated this while parading the suspects on Tuesday in Katsina.

Tukur said that one of the suspects (names withheld) had been identified as a Nigerien nationale, adding that the 30-year-old suspect held from Maradi, in Niger Republic.

He said the suspect was arrested while trying to rustle a camel at Dutsen Safe area of Katsina Local Government Area (LGA) of the state.

“The suspect was arrested by the residents of Dutsen Safe while trying to rustle a camel, they handed over the suspect to the Corps.

“During interrogation, the suspect said that his accomplices informed him about the camel and he finally rustled it.

“The suspect is taking the camel to Niger Republic for sale and the proceed will be share with his accomplices.

“Another suspect (names withheld), a 40-year-old man is also in our custody in connection with the offence,” he said.

Tukur said the Corps also arrested a 27-year-old man, a resident of Bugaje village in Jibia LGA, who was suspected to be a bandits’ informant.

The suspect, he said, was also accused of aiding and abetting rustling as well as belonging to a gang of thieves.

“The suspect is cooperating and giving us more information that will assist in arresting more suspects.

“Preliminary investigations showed that the suspect committed various crimes and provided information to the bandits in the past five years.

“He was engaged in rustling in Katsina and Zamfara States,” he said.

The spokesman said that the suspects would be charged to court as soon as investigations were completed.