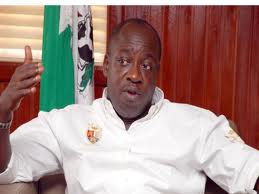 The National Sports Commission is putting together a retreat on sustaining Nigeria’s performance at the FIFA Under 17 World Championship.
According to a release signed by Julius Ogunro, the Special Assistant on Media to the Minister of Sports, Mallam Bolaji Abdullahi: “The Cross Rivers State Government will host the retreat, which will take place in Calaber, Cross River State on December 20th, 2013.
“lt will focus on providing the right orientation for the footballers of the victorious Under 17 side, the Golden Eaglets, on their career progress; drawing a blue print for sustaining Nigeria’s performance at age-grade competitions, among others.
“Participants will be drawn from the NSC, Nigerian Football Federation (NFF), business community, ex-footballers and other sports stakeholders.”
Some issues/topics that will be discussed at the retreat will include Developing the Right Social Skills; the ABC of Football Contracts; the Attitude for Success; Image and Media Management; and Financial Management.
Abdullahi said the retreat was essential in order to document the strategies that ensured our success at the FIFA Under 17 World Cup for future purpose.
He also explained that it was necessary to properly guide the young players to make the right career decisions.
He said: “I am sure this is the first time we are having this kind of retreat after a successful outing at a major championship.
“We want to provide these young boys with the knowledge, which would help them make the right career choice.”