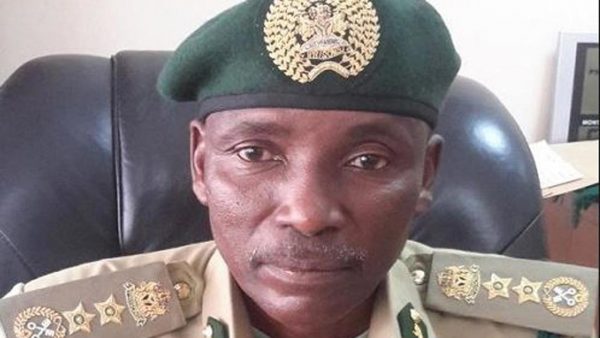 The Controller-General of Prisons, Jaáfaru Ahmed, has approved the recommendation of the Zonal Disciplinary Committee for the dismissal of eight junior officers for various offences on discipline.
They were found guilty of trafficking (smuggling) prohibited items such as mobile phones, India hemp and other intoxicating substances into the prison yard for inmates.
The letter, signed by the Officer in-Charge of Discipline, CP O. Agun, on behalf of Ahmed, has IP Thomas Jatau and PA 11 Mottallem J. Yari dismissed for trafficking in mobile phones, while AIP Mohammed Isah Jibril, CPA Saleh Mohammed Dan’Azare, PA 1 Umar Gusau, PA 11 Mohammed Ali Ja’Oji, PA 1 Saidu Ibrahim Gusau and PA 11 Maji Maiku got fired for trafficking in India hemp, intoxicating substances and other prohibited items.
Illegal access to mobile phones and other communication gadgets by prisoners has been of great concern to the management of the Prisons Service as various criminal activities have been perpetrated by inmates, including facilitating jailbreaks and escapes.
Similarly, apart from the far reaching health implications of exposing inmates to the use of India hemp and other intoxicating substances, the act also compromises discipline and negates inmate reformation thrust of the prison.
The Controller-General appreciated officers and men of the Service, including members of the public, for providing useful information that has continued to assist the authority in identifying unfit individuals within the ranks for appropriate action.