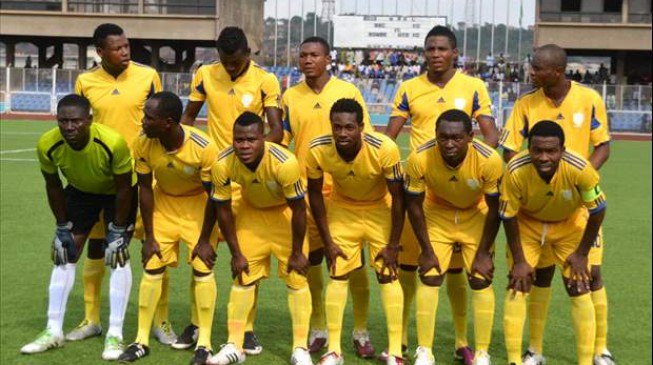 Albert Dakup, the Media Officer of Nigeria Professional Football League side, Plateau United FC of Jos, has blamed defensive error for the club’s defeat in the hands of Katsina United FC in week 13 match of the tournament.
Dakup gave the explanation in an interview with News Agency Nigeria on Friday in Jos.
NAN reports that Katsina United had defeated Plateau United 1-0 in the NPFL encounter on Wednesday in Katsina.
According to the media officer, Plateau United played better even after conceding the goal as early as 14 minutes into the match, but that Katsina United had home support to their advantage.
He also attributed the defeat to the home side’s “ground being their fortress”, adding that the turf was a difficult ground to get result from.
“Our boys played well even after conceding the goal as early as 14 minutes into the match, but in a game of such nature points are very important. What counts at the end of the day is who won the game.
“We lost largely because of a defensive error. When you are playing away from home, you need to tighten things at the back; you won’t leave anything to chance.
“It is not easy playing away and that ground in Katsina is a very difficult place to get result from. The highest you can get is to pick a draw.
“But even after conceding the early goal, our boys did not relent, they created a lot of chances but didn’t convert them.
“But one thing is clear, the team is still moving stronger and we are on course,” he said.
The spokesman called on the team’s fans and people of Plateau to exercise patience, adding that by the time the club was done with the first round, it will be better.
He expressed optimism that the team would beat Akwa United FC in its week 14 home clash.