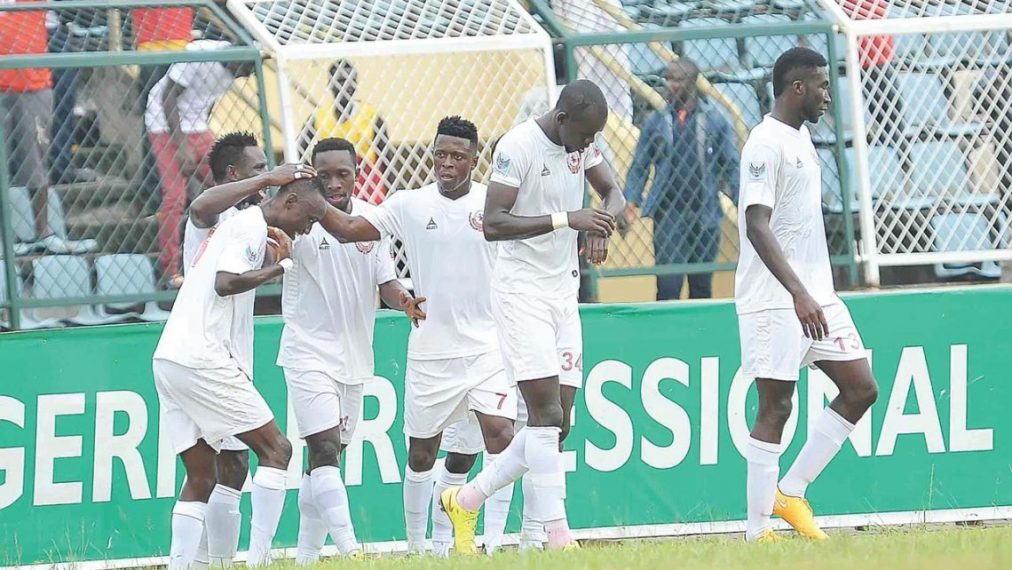 Ifeanyi Nweke scored for the home team in the fifth minute from Chiamaka Madu’s tame cross, while Israel Abia made it 2-0 in the 25th minute.

Godspower Aniefiok increased the tally to three for Rangers before the break and Christian Nnaji took the tally to 4-0 for the home team in 47th minute.

Former Rangers player, Ojukwu Ifeanyi, reduced the score line to 4-1 for the visitors in the 52nd minute when he converted from a spot kick.

Speaking after the match, Sunshine Stars Coach, Deji Ayeni, said: “Football is all about winning, drawing and losing.

“So losing against a big team like Rangers FC is not too bad.

“By and large, it was not a bad performance and we are going home to work more on the players with tactics for subsequent matches.”

The coach was optimistic that his team will defeat Abia Warriors FC in their next match to boost their changes of escaping relegation at the end of the season.

“No team is unbeatable and my target is to guard Sunshine FC to safety at the end of the season,” Ayeni said.

Ezeaku noted that the early goal from his team was the tonic that spurred the players, adding that the team was ready for their upcoming matches in the league.

He said: “We play each game as it comes and our next match against Enyimba FC of Aba will come with its own tactics.

“I believe that we will get a positive result there.

“Technically, Rangers is a scoring side and a side that more chance and it goes with converting it.

“Today, our players were able to create chances and convert them.

“It was a good one for us going into the remaining matches of the season.”