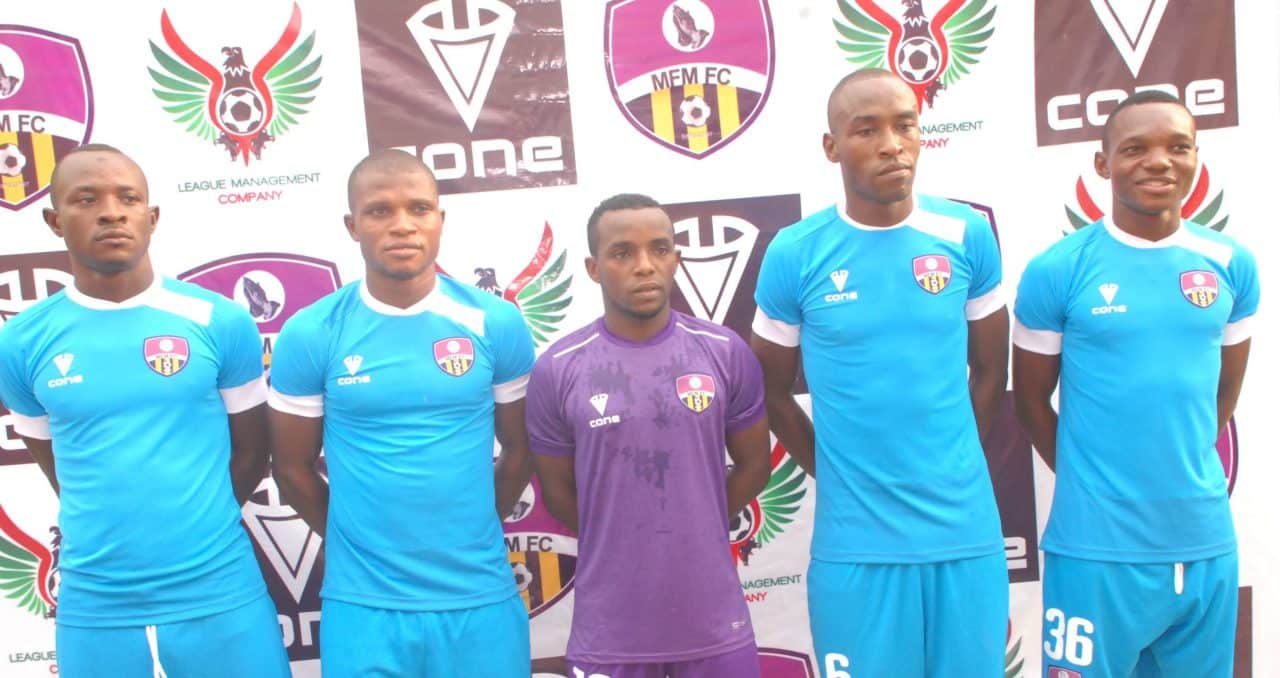 A superlative display from Mountain of Fire and Miracles Ministries Football Club dispatched visiting Lobi Stars 4-0 on Sunday in Matchday 3 of the Nigeria Professional Football League played at the Agege Stadium.
An hat-trick from Stephen Odey and a strike from Tchato Giscard capped an interesting Matchday 3 for the Lagos-based outfit.
Fidelis Ilechukwu made five changes to the side that suffered 4-0 defeat on Matchday 2 at FC Ifeanyiubah, with Agbane Candy dropped to the bench.
Lobi Stars gaffer, Godwin Uwua, fielded his trusted players to give his side a chance of at least getting their first away points of the season but they bowed to the superior attacking play of MFM FC as they suffered yet another away defeat.
Teenage striker, Stephen Odey, opened the scoring for MFM FC after 27 minutes of exchange with a brilliant lob over Lobi Stars goalkeeper, John Lawrence, off an assist from Sikiru Olatunbosun.
The Olukoya Boys continued with their fine display with petite midfielder, Onuwa Chukwuka, initiating a glorious counter-attacking move in the 41st minute of the game but Olatunbosun’s left footed shot could not beat Lawarence.
Odey bagged his first brace of the season after 14 minutes of play in the second half to double his side’s lead when he blasted in a shot inside the visitors box, with Adekunle Adegboyega creating the assist.
With 30 minutes to end the game, MFM FC’s coach substituted Adekunle for Tchato. The box-to-box midfielder made his impact felt scoring a stunning goal from the edge of the Makurdi-based team’s box two minutes after his introduction with Olatunbosun providing the needed assist.
Odey wrapped up the entertaining fixture with the fourth goal of the day and first NPFL hat trick when he took an advantage of an error from Lobi Stars goalkeeper.
The game ended with the hosts claiming their second home victory of the season.
The Olukoya Boys travel to Ibadan for a date with Shooting Stars on Wednesday in an encounter tagged the “Southwest Derby”.