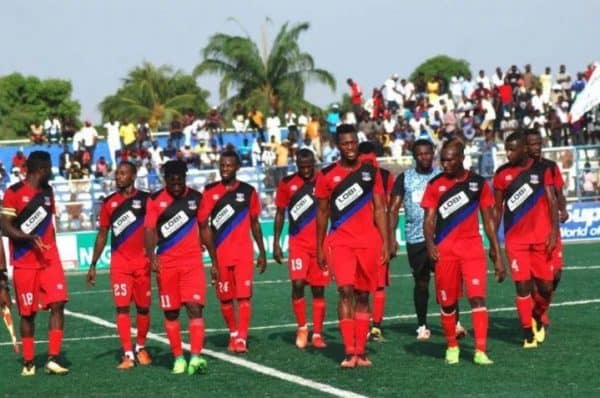 Rangers International Football Club of Enugu on Sunday played out a goalless draw with visiting Lobi Stars in a Match Day 6 fixture of the ongoing Nigeria Professional Football League.

The two teams lost several goalscoring chances in the match played at the Nnamdi Azikiwe Stadium in Enugu, but the Makurdi-based Lobi Stars have more reasons to rue their failure.

Meanwhile, Lobi Stars lost Ossy Martins to a red card in the 84th minute for a foul against Osas Okoro.

Speaking after the match, Lobi Stars’ coach Kabiru Dogo described it as one of the best his team had played this season.

Dogo said his team was prepared to take the three points, but unfortunately had to make do with a draw, describing it as not a bad result.

“Rangers are a good side and with this result our players’ confidence will be high ahead of our next match, which is at home against Abia Warriors,” Dogo said.

Salisu Yusuf, the Rangers coach, on his part said the result was not all that bad, adding: “A draw is better than a loss.”

Yusuf however said the ongoing season was looking to be the best so far because teams have been getting positive results at away matches.

He said: “We defeated Jigawa Golden Stars away and drew 1-1 against MFM FC.

“So, we can still get more good results at away venues to make up for this one.”

Yusuf noted that the match’s officiating was faultless, saying the referee did his best as a human being and he (Yusuf) had nothing to complain about the officiating.

He however pointed out that their opponents made the game difficult by not allowing the game to flow.

“Maybe that is their tactic, and it worked out for them perfectly.”

To be played on Monday:

To be played on Wednesday: