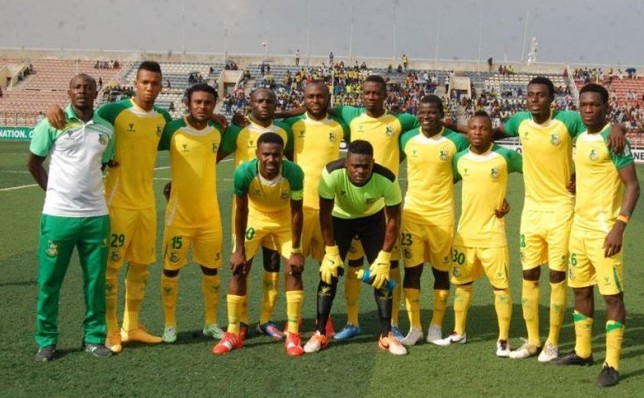 ‎Kano Pillars Football Club beat visiting MFM FC of Lagos 1-0 on Sunday in a Match Day 20 fixture of the 2019/2020 Nigeria Professional Football League.
The match, which was played at the Sani Abacha Stadium in Kano, saw Pillars needing to shrug off the weariness of the previous weekend’s 1-3 defeat to MFM FC in Lagos.
And they were quick to it as they went in front after 23 minutes through Usman Babalolo.‎
MFM FC braced up to the challenge and task, attacking the home side after the break, only to be foiled by the backline of Kano Pillars.
Kano Pillars then only needed to ward off all attempts by MFM FC to equalise as they held on to win the game.
Coach Ibrahim Musa later told newsmen that his team played well, describing it as a good performance.‎
Musa said the result was good for the team after losing the away game 1-3.‎
“My team will continue to improve and work for victories against Rangers International and Rivers United on Wednesday and Sunday respectively,” he said.‎
Kano Pillars now have 27 points and occupy the eighth position on the competition’s table.‎‎