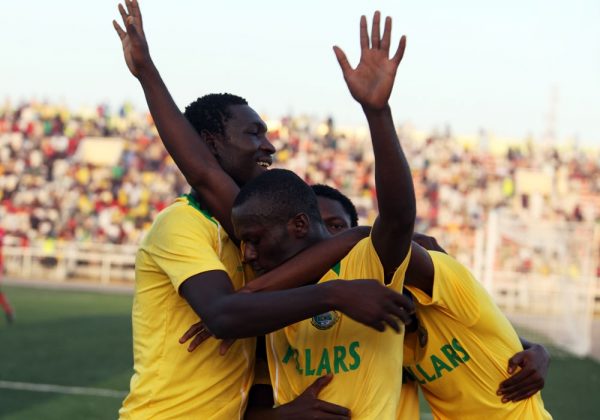 The management of Kano Pillars Football Club has appointed ‎former flying Eagles coach, Kabiru Baleria, as the interim head coach of the club, pending the appointment of substantive technical adviser.‎
The media officer of the club, Idris Malikawa, said in a statement ‎on Thursday in Kano that the appointment of Baleria followed the expiration of the contract of the club’s technical adviser, Ibrahim Musa.
The chairman of the club, Alhaji Tukur Babangida, charged the interim head coach to work closely with other members of the technical crew and club’s supporting staff in discharging his duties.
It said: “The management of the club has the confidence that Kabiru Baleria would use his wealth of experience to protect the image of the club.
“The management also hopes that Baleria will come up with new ideas that would move the club forward for the period he is going to handle the team.”
It added that new technical adviser would be appointed by the management of the club in due course.
According to the Malikawa, the club is in advanced stage of negotiation with five new players.
The players are: Surajoddeen Ayele, Sunday Chinedu, Augustine Igenepo, Jeffrey Essi and Obaleke Thomas.‎
The players are from Nasarawa United, Kwara United, Niger Tornadoes and Crown football clubs.
Malikawa also said that the club would promote two or three players from the feeder team to the senior team before the commencement of 2018/2019 NPFL season.
He said that the team would resume training on Thursday at Sani Abacha Stadium Kofar Mata, after a two-week break.