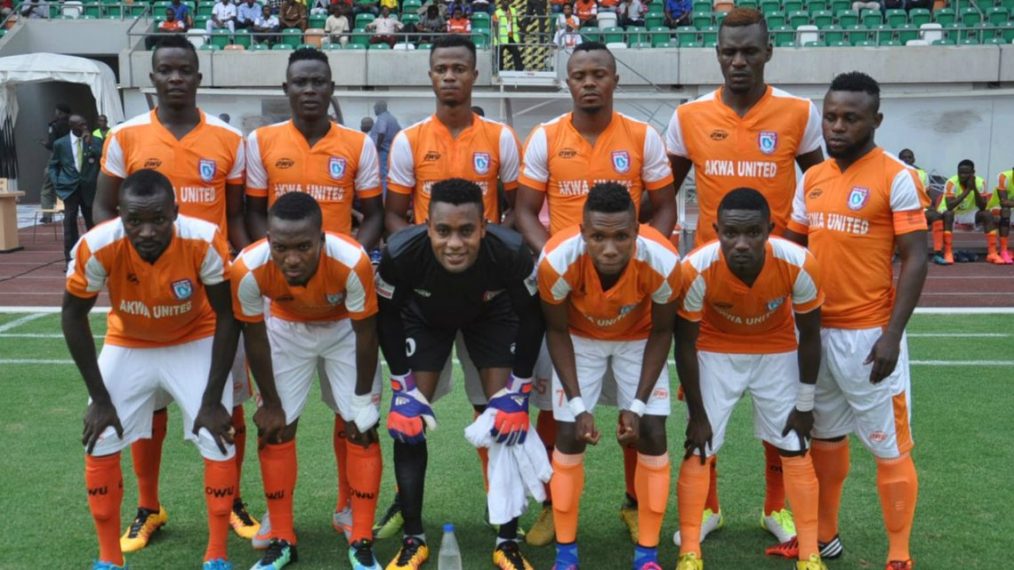 Akwa United put up a convincing performance on Sunday to record a resounding 3-0 victory over visiting Rivers United of Port Harcourt in a 2020/2021 Nigeria Professional Football League fixture.

The victory at the Godswill Akpabio International Stadium in Uyo in the Match Day 13 fixture took Akwa United FC to fifth place on the NPFL table.

A first half goal by striker Mfon Udoh and two second half goals by striker Charles Atshimene and midfielder Morice Chukwu saw the Promise Keepers continue their impressive home run.

They have now won five and drawn two of their seven home games, and also picked up one win and two draws away from home so far this season.

The victory over Rivers United moves Akwa United to 22 points from 13 games having scored 16 goals and let in nine.

Coach Kennedy Boboye made just one change to the starting line-up of the team, which drew in Aba, with Udoh given the nod to start after recovering from illness, while Ubong Essien started on the bench.

Six minutes before half-time, Ndifreke Effiong received a good pass and located Seth Mayi, who took on three Rivers United defenders neatly before sending a low ball through to Udoh, who fired a powerful left-footed shot beyond Theophilus Afelokhai into the bottom left corner of the post to put the home team in front with his third goal of the season.

Udoh had a golden opportunity to increase the tally and his team’s lead when he was served a wonderful pass, but he hit it straight at the goalkeeper from inside the goal area.

Deep into first half stoppage time, Udoh saw his shot hit the side of the net, as they went into the break with a deserved lead.

Six minutes after the restart, Akwa United doubled their advantage through Atshimene who benefitted from Afelokhai’s error to score his third goal of the season.

The win is Akwa United’s sixth victory of the season and their fifth win at home in seven matches.

They will next face hosts Warri Wolves on Match Day 14 away.