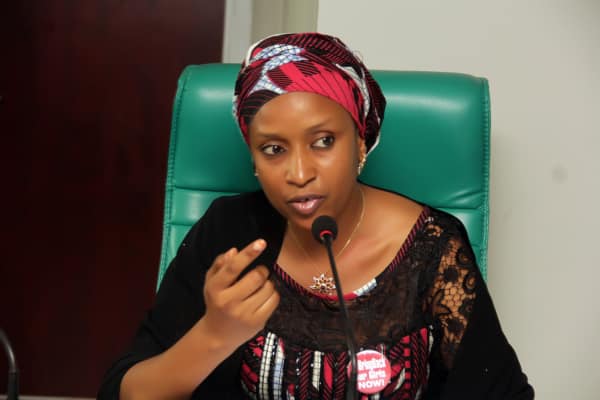 Share
Facebook Twitter LinkedIn Pinterest Email
The Managing Director of the Nigeria Ports Authority, Hadiza Bala Usman, has denied the allegation that she paid $2 million to purchase the senatorial ticket of Kaduna Central Senatorial District for Sani Uba on the platform of the All Progressives Congress.
Usman made the allegation in a statement she personally signed on Friday.
She said: “My attention has been drawn to a recent report published by Sahara Reporters that I, Hadiza Bala Usman, was involved in bribery to circumvent the results of the primary election for the Kaduna Central Senatorial District.
“The report alleged that I handed over $2m to Farouk Adamu with the purported aim of buying the said senatorial ticket for Mr. Uba Sani.
“This is absolutely false, reprehensible and a total travesty, which negates every known principle of the noble profession of journalism.
“While I have respect for the role of the media in the development of our country, one would expect that a media platform like Sahara Reporters, whose promoters project themselves as respecters of the rights of the others, would have their facts right and present incontrovertible facts rather than sponsored conjectures that attack the integrity of law abiding citizens.
“I am by this statement, requesting that Sahara Reporters retract this libelous publication or present proof of their allegations within seven days without which I would have no choice than to seek legal redress in a law court.”
Farouk Adamu Hadiza Usman Kaduna Central Senatorial District Nigeria Ports Authority Sani Uba
Share. Facebook Twitter Pinterest LinkedIn Tumblr Telegram Email