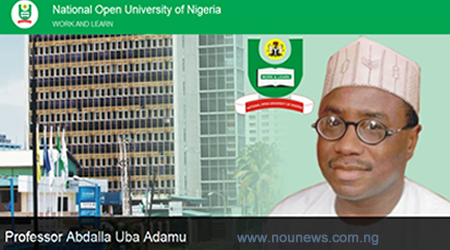 Law graduates of the National Open University of Nigeria have sent a 20-point petition to the Senate over their exclusion from the Nigerian Law School programme.
Carl Umegboro, the Chairman of the Law Graduates Forum, made this known in a statement in Abuja on Wednesday.
Umegboro said the letter was submitted to the Chairman, Senate Committee on Ethics and Privileges, Senator Samuel Anyanwu.
Umegboro said the forum raised some issues concerning its members in the letter dated April 23.
The chairman said the issues would help ‎the Senate during the public hearing on the National Open University of Nigeria and Nigerian Law School crisis, which the committee was determined to resolve.
He said the Council of Legal Education released its Public Notice in 2015 through various newspapers against the Open University’s Faculty of Law that admitted its first set in 2004 and graduated in 2013.
He said: “The university has at the moment graduated four sets with LL.B degrees that have been rendered idle and roaming around the streets since law degree cannot easily fit into other fields of endeavours.
“The student’s handbook of the university states that on successful award of Bachelor of Law, students shall be admitted into the Nigerian law school in pursuit of enrolment to the bar for practice.”
Umegboro said the Unified Matriculation Tertiary Education/Joint Admissions and Matriculation Board brochure gazetted by the Ministry of Education clearly indicated that the university was authorised and accredited to offer Bachelor of Law degree.
He said on two occasions, former Chief Justice of Nigeria, Justice Mahmud Mohammed, accompanied by other Justices of the Supreme Court attended law week programmes and inaugural lecture organised by the university’s Faculty of Law.
He said: “These Justices convinced the students on the authenticity of the Law programme the university was running.”
Umegboro added that the university’s lecture materials were either developed or edited by the best brains in the legal profession, including Prof. Itse Sagay, who edited its Constitutional Law 1 and 2.
“Emphatically, Open University law students are lectured by seasoned legal luminaries that are lecturers in conventional universities,” he said.
According to him, the actions of the Council of Legal education in conjunction with the judiciary are a threat to national security, democracy and the rule of law in Nigeria.
Umegboro said: “The tactical delay and trauma we have been subjected to without any legal impediments are not only act of wickedness but aberration and mockery to the legal justice system.
“We demand unconditional admission into Nigerian Law School for vocational training.”
Umegboro explained that the forum also petitioned the Chief Justice of Nigeria in February 2017.
This was after the court in Port-Harcourt failed to deliver judgment on the case fixed for January 27, 2017 on the issue as scheduled after hearing of the matter on December 7, 2016.