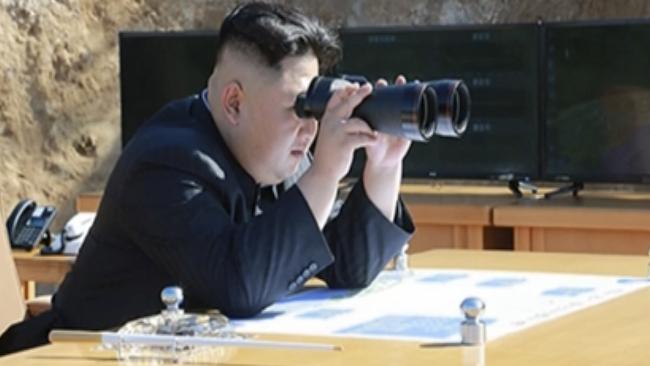 Kim Jong Un oversaw the test of a “newly developed super-large multiple rocket launcher,” North Korean state media reported on Sunday after the country conducted its seventh missile launch in under a month.
North Korea on Saturday fired from a site on its eastern coast what appeared to be two short-range missiles, which flew some 380 kilometres before landing in the sea.
The North Korean leader said that the “young and promising” scientists behind the new missile system were a “precious treasure and wealth of the country”.
The recent series of missile tests were seen as a response to recently-completed joint US-South Korean military exercises, which Pyongyang claims are rehearsals for an invasion of North Korea.
Pyongyang and Washington are currently attempting to relaunch stalled talks on North Korea’s nuclear weapons programmes and economic sanctions.
dpa/NAN.