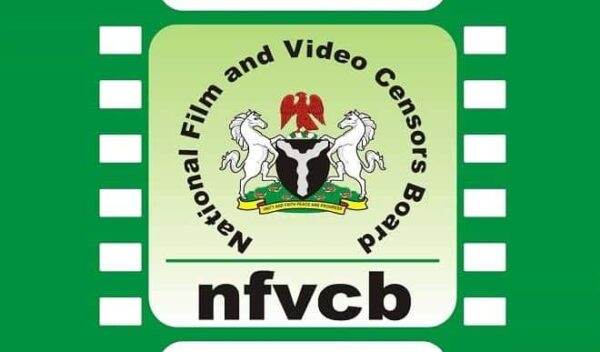 Nollywood filmmakers, actors, industry watchers and other relevant stakeholders have lauded the bill seeking to repeal the National Film and Video Censors Board.

The News Agency of Nigeria reports that the stakeholders gave the commendation at a roundtable on Wednesday in Abuja.

The event was to seek input into the bill that is already slated for public hearing at the National Assembly.

Officials of the board, filmmakers, investors and representatives of different Guilds in Nollywood drawn from across the country were present at the event.

NAN reports that the bill, which has passed Second Reading in the House of Representatives, is sponsored by Olusegun Odebunmi, member representing Surulere/ Ogo Oluwa Constituency in Oyo State.

It seeks to redefine the film industry regulating body from its current name to National Film and Video Classification Commission.

Adedayo Thomas, the Executive Director/CEO of NFVCB, said the enabling laws that established the board, almost three decades ago, were now inadequate to handle emerging realities of the digital age.

According to Thomas, the proposed law would reduce the sales of unclassified and unapproved films and piracy to the barest minimum, bring more return to investors and ensure that the motion picture industry contributes more to GDP.

He said when passed, the new law would prohibit in stronger terms the sale, distribution and exhibition of uncensored and other illicit local and foreign films.

He said: “Since I was appointed in 2017, I have been battling with these outdated laws, which are grossly inadequate to effectively regulate a large film industry like ours.

“The present law has been existing since 1993 when the board was created, and some of its provisions are not stringent enough in terms of penalty and other factors.

“This bill is set to open a new and better chapter for our noble film industry, and this is in line with the present Federal Government under President Muhammadu Buhari.

“As you know, the industry provides the highest employment, and with the new law our national economy will experience a boost.”

Peace Anyiam-Osigwe, National President of the Association of Movie Producers and Founder, Africa Movie Academy Awards, commended the NFVCB Chief Executive for involving relevant stakeholders in the process of repealing the Act.

Anyiam-Osigwe said the bill was a springboard towards a better regulatory framework for the nation’s film industry.

She commended the board’s management for the roundtable.

She said: “We are trying to make sure that the language and the style of the bill at the public hearing will be in accordance with what we as producers will want it to be.

“We are trying to deliberate on it to ensure that it falls in line with global best practices.”

Veteran Nollywood actor, Keppy Ekpenyong, said: “There is an accommodation in this bill for improvements that would affect every departments of movie production in the industry.”

Agatha Amata, the Managing Director of Rave TV and Trend FM, said the bill was a milestone that addresses modern realities in film sales, distribution and exhibition.

Amata, therefore, urged relevant authorities to expedite actions towards ensuring the it was passed into law.

NAN reports that the NFVCB, established in 1993, is a Federal Government body that regulates the films and video industry in Nigeria.

The Board is empowered by law to classify all films and videos whether imported or produced locally.

It is also the duty of the Board to register all films and video outlets across the country and to keep a register of such registered outlets.

The board also provides policy advisory support to the federal and state governments in conformance with global best practices.