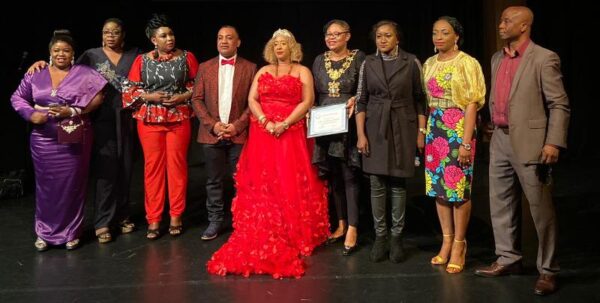 Nigerian movies: IBI (The Birth), Nimbe, Dear Bayo and Unseen Treasure, have been adjudged the best films in the United Kingdom at the 2019 UK Nollywood Film Festival, organized by the UK Nollywood Producers Guild.
A statement signed and issued on Sunday by Malcolm Benson, President, UK Nollywood Producers Guild, stated that IBI (The Birth) was adjudged the Best Indigenous (Native language) Feature Film.
It also emerged Best Feature Film 2019.
Dear Bayo won the Jury’s award as the Unseen Treasure emerged the best in Best Short film category, while Diced was declared the best script.
Benson said plans were in the pipeline to increase the award categories to include Best Actor, Best Actress, Best Supporting Actor, Best Supporting Actress, Best Director and Best Producer.
This, he said, would give more recognition to the talents both behind and in front of the screen.
He said: “The UKNFF 2019 has broken its own record set during the first edition; the opening ceremony which took place at Ambassadors Hotel, London Bloomsbury, attended by the industry professionals and stakeholders sold out two days to the event.
“The UK Nollywood Producers Guild promises to secure a bigger venue for 2020’s event in order to accommodate the increasing demand.
“The UK Nollywood Producers Guild will continue to work with stakeholders and play it’s part in bringing Nollywood Producers together, enabling and creating the platforms where ever possible in order to improve standards.
“We will rise above our current barriers if we persist and focus on developing our crafts with genuine commitment to learning from our mistakes, learning from other experts, seeking and working with a good mentor and attending lectures and seminars.
“We will also succeed if we are resilient, avoid being complacent and importantly avoid unhealthy in-fight among ourselves and undue pride.
“We will make our mark and create an industry that will not only make us very rich and famous but also set a long lasting legacy for the next generation of Nollywood filmmakers.”
Benson stated that Councilor Kate Anolue, a Nigerian, who is the Mayor of London Borough of Enfield and current Patron of the Guild, as well as Councilor Victoria Obaze, the Mayor and Speaker of London Borough of Tower Hamlet, received certificates of patronage at the festival.
Benson added: “There were various keynote speakers such as Shantelle Rochester of IDA ROSE Productions, Dapo Oshiyemi, CEO Talking Drums Film Distributions, and Dr Alistair Soyode, CEO of Ben Television.
“Other key guests are Sandie Bogle from Google Box; Prince and Mrs Mike Abiola, CEO, African Voice Newspaper; Sam Anwuzie CEO, ZAFAA Awards; Uche K of Sendwave, Representative from YANGA TV and CEO of Trumpet Newspaper, Mr Femi Okutubo, among others.”
Benson also said UKNFF would open its online platform on November 1 in preparation for the 2020 edition to be held in October during the Black History celebration.
He urged filmmakers to start submitting their films as soon as the platform opens, while financial and media partners were also invited to engage with the Guild for early preparation of the 2020 event.