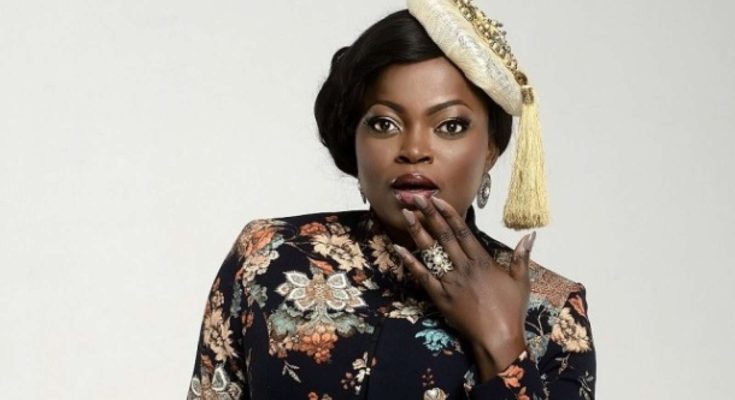 Bimbo took to her Instagram page to shower encomiums on Akindele, while stating that she calls her daily to check on her son.

The actress, who welcomed a set of twins in November 2021, shared a picture of Akindele, captioning it: “I was talking to Aunty Funke when she heard one of my sons coughing, she said bimbo this cough is too much, I told her I just came back from the hospital not quite long but she said I should bring him to hospital at Lekki that night around 12:30am, I told her it was too late that we will come tomorrow, but she couldn’t sleep that night she called me more than 6 times till daybreak until we got to the hospital.

“I told her Aunty please go and sleep that we will be fine, she didn’t listen to me on getting to hospital they told us they were going to admit him and I have to pay a huge amount as deposit.

“Aunty called me and asked me to give the phone to one of the doctors there and she told the doctor to make sure they give him all the treatment he deserves, I was not aware that they were going to admit us because I only had one cloth and that cloth was the one I was wearing even with my sons, I told her and she said I should not worry, she will send someone to shop for me and my sons, even the food we ate for five days was on her, me, nanny and one of my sisters.”

Still showing gratitude, Success continued: “After they discharged us, they gave us the bill it was a huge 1 million and the doctor told me immediately that it was cleared by Mrs Funke Akindele, I was surprised and I called her and told her that what have I done to you deserve all this from you?”