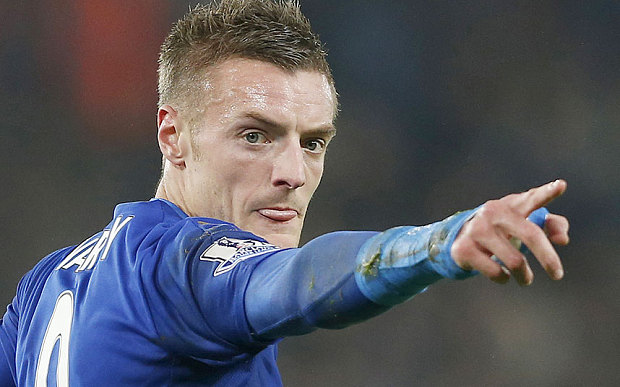 Leicester City manager, Claude Puel, has dismissed talk of a rift with Jamie Vardy, saying he had no problem with the striker’s angry reaction following last week’s 1-0 Premier League defeat by Manchester United.
Television cameras captured Vardy appearing upset as Puel spoke to United midfielder and fellow Frenchman, Paul Pogba, but the manager said his striker was merely showing his frustration after the narrow defeat.
“I have a good relationship with Jamie. We know Jamie (Vardy) after a loss he is angry, it’s normal for a player,” Puel told a news conference ahead of Sunday’s league trip to Tottenham Hotspur.
He added: “If I thought one of my players was disrespectful to me or the club there would be a sanction. But that is not the case with Jamie.”
Asked if he had clarified the matter with Vardy, Puel said: “I said what I wanted to say about these things. I think it is clear from me. After we discuss things with the player — these things are between us”.
Leicester, who are 11th in the standings with 32 points from 25 games, are looking to end a run of four league matches without a victory.