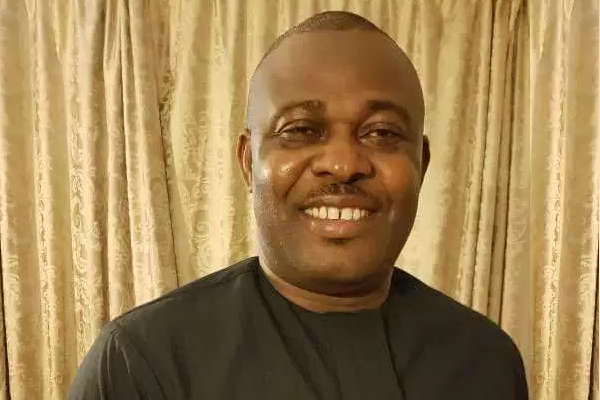 The Imo State Government has said there will be no more amnesty for criminals in the state.
The state’s Deputy Governor, Hon. Gerald Irona, made the position of the Government known.
Irona said this in Ohaji/Egbema/Oguta during a stakeholders meeting at Oguta Civic Center on Sunday.
He further warned that criminals granted amnesty by the last administration are on the watch list of the state government and could have their amnesty revoked, if they get involved in criminality.
Speaking on the first stakeholders meeting of people of the area, Irona explained that it is non partisan but aimed at consulting and briefing the people on the activities and programmes of the government, in line with the campaign promises of the Governor, Rt. Hon. Emeka Ihedioha.
He said: “We shall not give amnesty to anyone.
“Those of them given amnesty are on our watch list.
“If they involve in any form of criminality, we shall withdraw the amnesty.
“This meeting is not partisan, but a meeting of stakeholders of Ohaji/Egbema/Oguta.”
Irona lamented over what he described as politicization of the Imo State Oil Producing Areas Development Commission by previous administrations in the state, reiterating the determination of the administration of Ihedioha to return it to the oil landlords in the state.
Speaking on funding of the Commission, the Deputy Governor stressed: “I have extracted commitment from our leader and Governor of Imo State, His Excellency, Rt. Hon. Emeka Ihedioha, that ISOPADEC shall receive full funding as provided by the law establishing it.
“The State Government has released all the monies meant for local governments to them.
“ISOPADEC has received its funds in full.
“Our people should hold the chairmen and ISOPADEC leadership to account.
“The Governor has demonstrated faith by releasing the funds, as promised.”
Speaking on electricity supply, the Deputy Governor lamented that most communities in the two local government areas have been without electricity for about eight years, assuring that the state government is doing its best to restore power supply in the areas before the end of the year.
He further used the occasion to explain the reasons behind the introduction of an Advisory Committee for the Commission, describing its members as non-partisan.
Hon. Irona used the occasion to call on communities willing to donate land to the state government for agricultural purposes to contact the office of the Deputy Governor for further discussions.
He also used the occasion to urge Traditional Rulers in the area to take full responsibility for all government infrastructure in their domain.
He frowned at a sponsored publication on one of the national dailies, wherein Imo State is said not to be entitled to the position of the Managing Director of the Niger Delta Development Commission, describing it as toxic.
Meanwhile, in a 19-point Communique issued after the meeting, stakeholders resolved to refute the advertorial on page 26 of Vanguard newspapers with the false claim that Imo State should not produce a Managing Director for the NDDC.
They argued that it is the turn of Imo State to produce the Managing Director of the NDDC, agreeing to take steps to advance an advocacy towards achieving same.
Stakeholders poured encomiums on the administration of Ihedioha and Irona for what they described as inclusive governance, assuring them of total support.
Highlights of the meeting were the formal presentation of the new leadership of ISOPADEC, Adapalm Nigeria Limited as well as the ISOPADEC Advisory Committee.
The meeting was attended by very important dignitaries, among whom were: Prof. Okee Okoro; Sir Mike Okiro, former Inspector General of Police; Prof. Victor Kogah; Engr. John Otti, former Chairman, Presidential Taskforce on Power; General Kalu Egwuagu (retd); Prof. Ike Azogu; Hon. Hilary Eberendu, Chairman, Interim Management Committee, Oguta LGA; Hon. Damian Ezeru, Chairman, Interim Management Committee, Ohaji/Egbema LGA; Engr. Anthony Okwuosha, Managing Director, ISOPADEC; Magnus Obido, Chairman, ISOPADEC Board; Traditional Rulers; community leaders; opinion leaders; and civil society organizations.