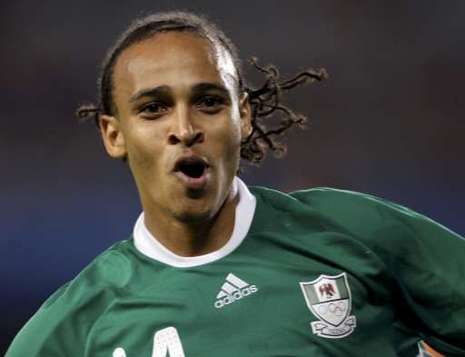 Embattled Nigerian international, Peter Osaze Odemwingie, will sit out on the bench as West Brom Albion battle Manchester City in a midweek English Premiership League clash.
Osaze lost his place at WBA since driving to Loftus Road to seal a deal with relegated Queens Park Rangers.
Romelu Lukaku, with 14 league goals this season, is highly favoured to lead the Baggies attack.
Meanwhile, Roberto Mancini’s side will be aiming for a win as they look to secure second spot against a Baggies side who have tasted victory just once in their last six outings.
Mancini’s side have scored at least three times in their last three games against the Baggies.
Their previous meeting this season ended in a 2-1 victory for City, with Dzeko scoring a double, including a last-minute winner.