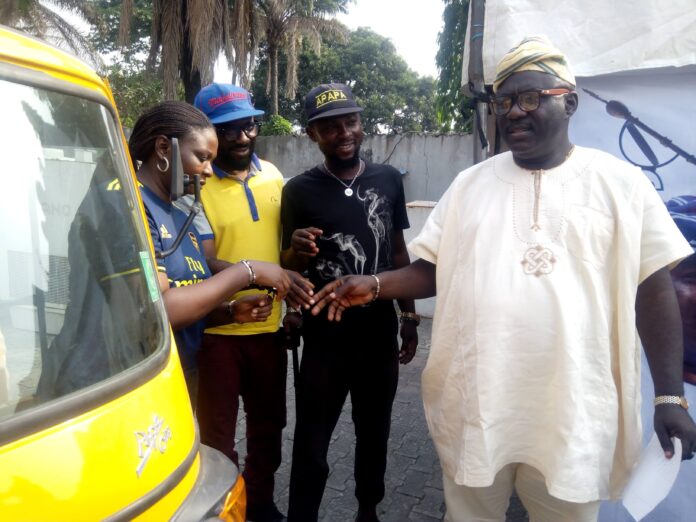 A member of the House of Representatives, Hon. Mufutau Egberongbe, has said borrowing by government is not an anomaly but that such funds must be channeled into useful ventures.
Egberongbe argued that borrowing is part of governance across the world, but that what he would always kick against is receiving the funds and utilising same for the payment of salaries of workers or carrying out other forms of recurrent expenditures.
The lawmaker, who made this position known on the sideline of an empowerment project he organised for his constituents in Apapa, Lagos State, said the best way to spend borrowed money is to invest it in infrastructure to help boost the economy.
He said: “What is key is that such borrowing should be tailored to developmental projects like roads and hospitals and focusing on education.
“You don’t borrow for recurrent expenditure, to pay salaries.”
According to Egberongbe, if such borrowings are well spent, they would boost employment and help the economy to thrive, with the employed paying their taxes, which in turn would give positive directions to the country’s internally generated revenue.
The lawmaker commended journalists for their reports which finally attracted the Federal Government to the plights of residents of Apapa in relation to the traffic problems that had bedeviled the area for many years.
He advocated for the renewal of the rail transport system as well as the revamping of the waterways as parts of the solution to the traffic challenge in the area.
He said: “One of the things that needs to be done is revamp the railway as well as water transportation so that badges can be used to carry some of these containers.
“These would ease the traffic situation suffered by the residents.”
The lawmaker, who distributed tricycles, motorcycles and sewing machines to youths within the constituency, said the empowerment programme is a continuous agenda of his tenure.
Egberongbe, who said he had earlier organised poverty alleviation for the elderly and skills acquisition programme for his constituents, added that this gesture was extended to the youth who have been playing active roles for the success of the APC in the state.
He said those who got the tricycles were grouped so the vehicle would be an opportunity for them to further socialise aside providing them with stipends.