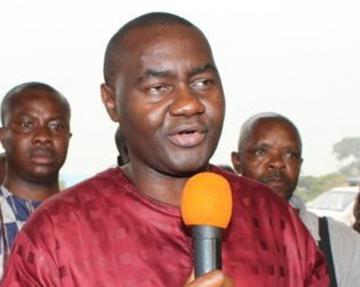 The Senate Committee on Petroleum (Downstream) has threatened to invite the Minister of Petroleum Resources, Diezani Alison-Madueke, to furnish it with details of the financial transaction of the Nigerian National Petroleum Corporation.
The NNPC management had continuously failed to provide the committee with details of its financial transactions, claiming that it was still collating the financial information required.
The Chairman, Senate Committee on Petroleum (Downstream), Senator Magnus Abe (PDP-Bayelsa), issued the threat when he addressed newsmen in Abuja on Sunday.
Abe said the NNPC had persistently failed to supply the committee with the relevant information about its financial dealings since October 2013.
He warned that should the NNPC continued to delay submission of the financial records, the committee would be compelled to invite the minister to appear before it with relevant financial details.
He said that the committee required to be furnished with documents relating to the financial dealings of the oil corporation since 2012 as well as the alleged N10 billion spent on the charter of private jets for the use of Alison-Madueke.
According to him, some of the issues included crude swap transactions, rehabilitation of refineries and the volume of petroleum products being sold by the Petroleum Products Marketing Company.
Abe said: “We have not informed the minister of the delay from NNPC and there are issues we know the minister will be involved but not at this point.
“But if we cannot resolve it, we will ask the minister to come with NNPC, but at the moment, it is between the committee and NNPC.
“We can sort this out.
“We asked about the crude swap transactions to know exactly what volumes are being swapped and what the country is getting in return.
“We also wanted information on the rehabilitation of the refineries to know exactly how far they have gone with those programmes.
“We want information on the aircraft that has now become an issue.
“We have actually asked for this information since last year and we have not seen that.”
While declining to give a deadline for the submission of the documents required, Abe said the request for the financial details were routine and not out to witch-hunt anybody.
He decried the nonchalant attitude being displayed by the NNPC management, which failed to send any representative to a meeting called by the committee last week.
Abe added: “Oversight also involves taking a detailed look at how things are done, how the country is benefitting from these things and how we can work together to improve what is being done.
“But unfortunately, we have not received the kind of cooperation I would like to see from the NNPC.
“They said they were still collating this information since last year.
“We still believe they will step up their game and work with us so that we can get the best for the Nigerian people.
“We have given time frames from the start and time frames have not been met, but we believe that this is an issue that neither party will like us to take to the extreme.
“But we don’t think that any public corporation that is being oversight by parliament has a right to keep a committee of parliament in the dark.”
Abe said the committee could bring the matter to the attention of the Senate leadership if the NNPC continued to hold back financial details from the committee.
The House of Representatives had also set in motion arrangements to investigate the minister over the alleged N10 billion expended on private jets within and outside the country.