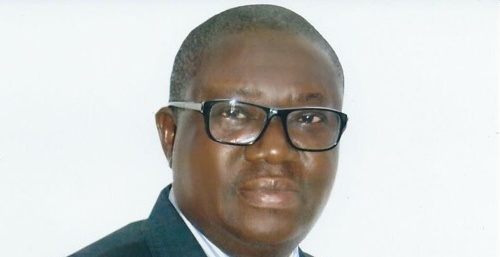 The tenure of a former President of the Nigerian National Petroleum Corporation Cooperative Multipurpose Society Limited, Lagos, Joseph Adeleke Ojeyemi, is being rocked by a scandal of monumental proportion.
Millions of Naira, said to be in the region of N500 million, is alleged to be missing.
The matter has already been reported to the Economic and Financial Crimes Commission, with the anti-graft agency already working on unravelling the truth.
The money was alleged to have been siphoned by Ojeyemi during his two terms as the President of the Society.
This period covered January 1, 2011 to December 2015.
Ojeyemi left as president of the Society on November 4, 2015.
A petition on the issue by some members said: “As President of the Society, Ojeyemi engaged in series of activities that were tantamount to share embezzlement of the Society’s fund and investment.”
One of such curious spending by Ojeyemi was a N90 million loan from the Society.
On December 20, the Society had its Annual General Meeting, which held at Regency Hall, Ikeja.
The members looked downcast as it was highlighted that the Society recorded a loss of N720 million in 2015.
The association was also said to be owing members over N800 million.
Some of the members at the AGM alleged that the new President had been shielding Ojeyemi because they are close friends.
They also alleged that Ojeyemi was instrumental to the emergence of the new President, thus his lackadaisical attitude to the idea of prosecuting Ojeyemi.
According to the association’s external auditors, Abdullahi Bin Suleiman and Co, Chartered Accounts, total amounts estimated to have been embezzled under Ojeyemi’s watch was N508,909,388.80.
The ABS, which carried out a forensic Audit of the Society, stated in its report: “These figures may change as more revelations and investigations are made. We have seen funds transferred between the Society and some related companies, individuals receiving funds and the Society making payments to organisations and inflated prices of goods and services and made payments to companies with limited or no trading history and very large cash withdrawals from the Society’s bank account by Mr. Ojeyemi and some other individuals.”
The report also stated that there are several investments and assets of the Society that were not handed over by Ojeyemi.
ABS argued that further specific detailed work was needed to support the EFCC and other law enforcement agencies in investigating these matters.
The report added: “In this regard, we encourage the Society to continue to support and sustain the oversight and thus to support ongoing investigations in order to ensure convictions and, if possible, reparations or recoveries. The absence of effective internal audit and control mechanisms in the Society had also facilitated the impunity that took place during the years 2011-2015. For example, there were no complete monthly bank reconciliations to expose errors or irregularities in the bank accounts.”
ABS after its forensic auditing, suggested that the Society should petition the EFCC to invite Ojeyemi and any other person involved for interrogation and prosecution in order to recover all the funds, investments and property that were allegedly diverted.
The EFCC has confirmed it is investigating the case.
Its spokesman, Wilson Uwujaren, said Ojeyemi had been arrested and was still in its custody.