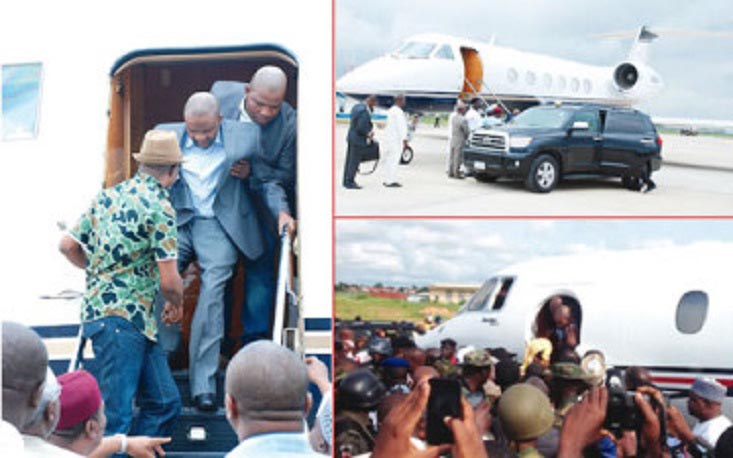 Apparently concerned by the controversy trailing the state of health of the Taraba State Governor, Danbaba Suntai, the Nigeria Medical Association has offered to set up a medical board to investigate the governor’s medical fitness.
Rising from its National Executive Council meeting, held between August 25 and September 1, 2013, in Abuja, the President of the NMA, Dr. Osahon Enabulele, said the association was willing to offer its support in line with the provisions of the constitution.
“NMA is very prepared to make available her expert members who are professionals in various fields of medicine to constitute a medical board to resolve the lingering question of the medical fitness of the governor and any other public or political office holder,” Enabulele said.
Suntai, since returning to the country 10 days ago, has not been seen in the public.
He has, however, purportedly transmitted a letter to the state House of Assembly, signalling his readiness to resume duties.
The governor was flown out to Germany last year following serious injuries he sustained when a plane he was piloting crashed on October 12 near Yola, Adamawa State.
He was later transferred to the United States for rehabilitation.

COVID-19: Commission frowns at arbitrary hike in price of face masks, others