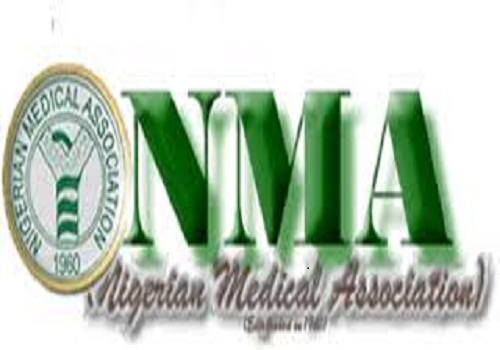 The Nigerian Medical Association has kicked over assault of its female member on duty at the Maitama General Hospital, Abuja, by relatives of a patient, describing it as barbaric.
Dr Ekpe Phillips, the Chairman of NMA, FCT Chapter, said this in a statement made available to newsmen on Tuesday in Abuja.
The NMA said that the female doctor was merely carrying out her lawful duty of saving lives at the Maitama District Hospital when the assault happened.
According to the statement, NMA-FCT condemns this recurrent and frequent abuse, assault and molestation of Doctors and Health workers in the FCT hospitals by patients’ relatives.
He said that a handful of patients’ relatives had developed penchant
of taking laws into their hands whenever they were dissatisfied or
management is at variance with their perceived misconceptions.
He said that this particular case was that of a chronic illness that was given standard quality care comparable to best practices but unfortunately, the patient did not respond adequately and died.
According to him, in the course of management patient relatives had
insisted on blood transfusion which was not required because the blood volume was normal and would further complicate the present condition leading to mismanagement.
“The relatives had threatened to kill the Doctor for refusing their request despite adequate counseling and explanation.
“They indeed came to make good their promise by molesting the female
doctor and stripped her naked at broad daylight at her duty post, this indeed is terrible and unacceptable,” he said.
The chairman however said that while the NMA sympathised with the
relatives, stressing that there are appropriate channels to follow if one was dissatisfied rather than taking laws into their hands.
He said that NMA-FCT supports whole heartedly the collaboration
between ARD FCTA and the Medical Director of Maitama District Hospital in the arrest of the culprit and making sure she was charged to court.
He said that the case had been adjourned to February 25, for
further hearing.
He said that the NMA-FCT would henceforth engage in supporting her
members in court to make sure that justice was served and to serve as a deterrent to patients and their relatives.
He also said that the NMA-FCT would as well protect the lives of its
members in and outside work place.