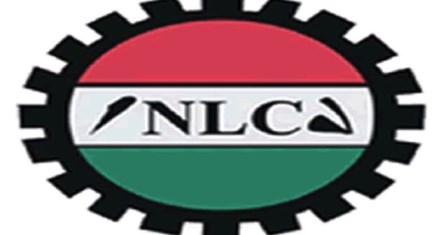 The Nigeria Labour Congress has called for support of international community for the fight for social justice, inequality and decent work around the world.
Ayuba Wabba, NLC President, made the call when the Venezuelan Foreign Affairs Minister, Jonge Anneeaza, visited him at the Labour House on Tuesday in Abuja.
Wabba said it was unfortunate that the level of inequality had continued to increase unabated around the world.
He said that emerging developments over time in Venezuela were not good reports, describing the challenges by the country as unfortunate.
He said: “Nigeria and Venezuela have so many things in common; the working class all over the world believed in the principle of social justice and shared prosperity.
“So, we will not be unmindful of the current challenges facing Venezuela.”
He said in spite of the challenges, the country had remained focused, especially in the area of managing its petroleum resources.
According to him, we must as people, continue to fight for authority and independence because clearly speaking, what is happening around the world today is the fact that inequality has continued to increase.
Wabba said: “There is a new trend of neo-liberalism where the interests of our policies are being undermined and the interest of few countries around the world drives the process of development everywhere, this is unaccepted.
“For us, freedom must be total without limitation or restriction. Countries must be allowed to use their resources for the betterment of their citizens.
“They must also be able to use their resources for the process of development of their citizens and I think this has being the challenge in most countries.
“They are undermining the serenity of the country and the people and that is why peace has continued to elude us around the world.
“So, we must choose where there is peace and freedom and development as where there is freedom, certainly, this issue of security will be a thing of the past.”
Wabba said that the NLC had followed with keen interest, the developments in Venezuela and would continue to support polices aimed at advancing the will of the people, especially the working class.
He noted that the issue of Venezuela had featured prominently in discussions at the International Labour Organisation.
According to him, labour will continue to support because if there are injustices around the world, there is injustice everywhere.
Earlier, Anneeaza, said that the country was being threatened with military action by President Donald Trump of the United States of America.
Anneeaza said that President Trump had also placed economic sanction against the country.
He added that as a result of such sanction, the country was not able to assess any facility from international finance institutions.
He said: “At the moment, our only alternative route is with the help of many countries such Russia, China, Turkey, among others because they know about this kind of blockage in the economy.”
He said that the country had concluded plans to hold a presidential election in April.
He added that the Venezuela government was committed to keeping to the agreement reached from a dialogue between the government and opposition members on election in the Dominican Republic.