NLC Chair to workers: Stop telling lies against Aregbesola, we’ve been paid up to June 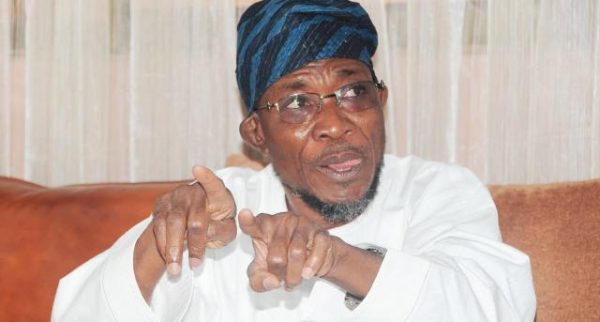 Share
Facebook Twitter LinkedIn Pinterest Email
The Chairman of the Nigeria Labour Co‎ngress, Osun state chapter, Comrade Babatunde Jacob Adekomi, on Thursday said the state government has paid the salary of all workers in the state up to June 2017 in line with the agreement made between it and the labour union.
This was even as Adekomi disclosed that the leadership of the union has reached a compromise with the state government on the disbursement of the second tranche of  Paris Club refunds to offset parts of the balance of the modulated salaries.
He said workers whose salaries fell within the modulation will start receiving credit alert of two months balance of July and August 2015 from Thursday (today).
The Osun State NLC Chairman said the payment will be made out of the N6.3‎ billion recently received by the state as refunds of Paris Club.
Comrade Adekomi stated this while fielding questions from the moderators on a live radio programme of the Osun State Broadcasting Corporation.
According to him, the state government and the labour union had met on Wednesday, where it was decided that the state should pay July and August 2015 balance of the modulated salaries of workers, whose pay had been on modulation since 2015.
Adekomi bemoaned over what he described as concocted lies, the insinuation peddling round that the Osun State Government has failed in meeting up with the salary of workers in the state.
The NLC state Chairman wondered how a state which was allegedly accused of not paying workers would agreed to offset part of the outstanding salary arrears from the refunds recently received.
He said the Governor Rauf Aregbesola administration has been highly sensitive to workers plights in all it does, a development he noted has made Osun State to be outstanding among its peers when the recession set in.
The labour union leader in the state condemned in it entirety the speculations that all workers in the state are receiving modulated salary of their gross earns, saying it is only certain category of workers between grade levels 12 to 17 that receive half of their monthly salaries.
Adekomi explained that workers on levels 8 to10 are paid by 75 per cent of their salary, while workers on grade levels 1 to 7 are paid in full, adding that the state was not in anyway owing this category of workers a dime of their salary.
He said the state government under the leadership of Governor Rauf Aregbesola has been making several sacrifices to ensure prompt payment ‎of salaries of active workers and pensions of the inactive workforce.
He said: “I always wonder why some people felt that the best way to gain attention is to concoct lies.
“I am a civil servant and I can never say what I don’t see or have knowledge about.
“It is on records that this government has been meeting up its salary obligations to workers before the recession set‎ in and practically difficult to continue in such spirit.
“But since we (government and workers) mutually reached a compromise that resorted at modulated salaries for some categories of workers, the state has been up to its responsibilities as regards this.
“Workers on grade levels 1-7 are paid up to date‎ in full while those between grade levels 8-10 received 75 per cent of their salaries up to date.
“Though this category of workers were between July 2015 to September 2016 received half of their monthly salary before it was resolved at 75 per cent when the economy improved a bit.
“So, it is only workers between levels 12 and above that have been since July 2015 receiving half salary.
“But I am glad to say that the payment of the balance of their salary has commenced with the payment of two months – July and August 2015 – this week.”
The Osun State NLC Chairman warned those that are preoccupied in sowing seed of discord with aim of heating up the polity and inciting the populace against the government to desist in the collective interest of all in the state.
Adekomi said: “I wonder why people do lie.
“As a worker, if you owe someone instead of telling the person when and how to pay him or her, you then resolve at accusing government for not paying.
“I want to resound this clearly that workers are not owed except those whose salaries are slashed for reasons well known by all and by the grace of God we will soon be balance our outstanding.
“We have seen the green light on this with the recent funds shared as allocation between the three tiers of government, ‎which amount to over N600 billion.
“This is impressive because since this dispensation none of such has happened.
“It shows that our economy is not only improving, but having a great impact on our incomes to the federal, states and local governments.”
While appealing to workers, especially those within the salary modulation bracket, to exercise patience, Adekomi assured them of effective ‎and efficient representation, saying he would not deviate from the cause of making government transparent and honest enough to the workers and the entire citizenry.
Nigeria Labour Congress Osun State Rauf Aregbesola
Share. Facebook Twitter Pinterest LinkedIn Tumblr Email