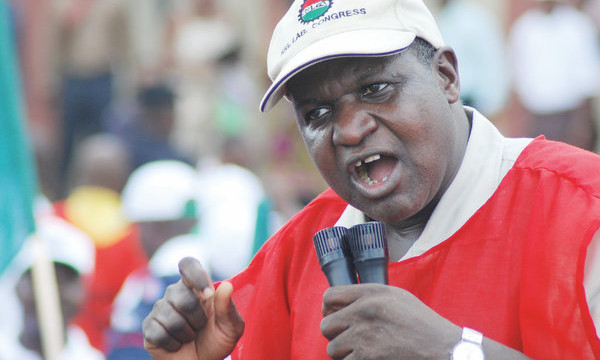 The Nigeria Labour Congress has threatened to resume its suspended strike over alleged breach of the Memorandum of Understanding signed with the Kaduna State Government.

The NLC President, Ayuba Wabba, said this while addressing newsmen at the end of an emergency National Executive Council meeting of the congress in Abuja on Tuesday.

Wabba accused the state Governor, Nasir el-Rufai, of failing to respect the MoU brokered between the NLC and the state government by the Federal Government.

He said the congress, after exhausting all avenues, including writing letters to President Muhammadu Buhari and Minister of Labour and Employment, Senator Chris Ngige, had decided to resume its strike.

The NLC had on May 17 embarked on a five-day warning strike over sack of thousands of workers in the public service by the Kaduna State Government.

Following the Federal Government’s intervention, the industrial action was suspended after three days and an MoU signed between the parties on May 20.

Wabba said the NEC had resolved to withdraw all services and protest the neo-liberal and extreme right wing policies.

Wabba said: “Mobilisation of all our state councils and all affiliates should take place immediately, and all employers of labour should be put on notice, as required by our extant laws.

“We make bold to say that all those falsehood and propaganda will be responded to appropriately, because we thought that in a modern day democracy, our politicians should always speak the truth and they should not be used to falsifying information – particularly the issue of citing Decree 2, which has been abolished by the current democratic dispensation.

“Decree 2 is only known to the military era, and therefore, if el-Rufai wants to return to the era of militarization of our democracy, I think it’s something that should be condemned. The actions of workers and trade unions are regulated by laws; it is the Kaduna State government that has violated the provision and sanctity of our laws.”

He also added that the MoU had stated clearly that all that had happened had conformed to the provision of the law.

Wabba, therefore, insisted that strike is a legal means used globally by workers to press home their demands.

Other NLC grievances include alleged retrenchment of workers by the Kaduna State Government and compulsory retirement of workers on Grade Level 14 and above.

Others are compulsory retirement of workers who have attained the age of 50 years, irrespective of their grade levels.

Others are the reduction of the staff strength of local governments to 50 in each of the 23 local government councils and the casualisation of workers on Grade Level 1-6.