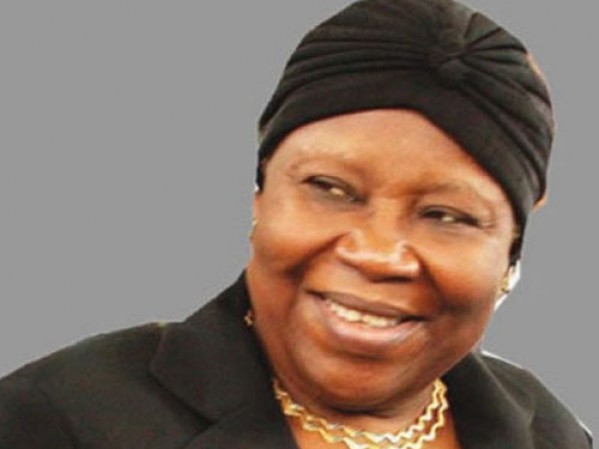 The National Judicial Council has recommended the immediate compulsory retirement of three controversial judges.
The judges are Abubakar Talba, Thomas Naron, and Charles Archibong.
The NJC, under the Chief Justice of Nigeria, Justice Mariam Aloma-Mukhtar, met late on Wednesday to consider various petitions on the judges and some lawyers, including Kunle Kalejaiye, a Senior Advocate of Nigeria.
Talba, Naron and Archibong were fired on ethical grounds.
Talba handled the case of controversial pension thief, Yakubu Yusufu.
Yusufu was accused of stealing over N32 billion pension fund when he was in the Police Pension Office in Abuja.
He owned up to the charges but was curiously sentenced sentenced to two years imprisonment, with a fine option of N250,000.
A lot of Nigerians were enraged by that decision.
In the case of Naron, his handling of the petition against the former Osun State Governor, Prince Olagunsoye Oyinlola, was found not satisfactory.
Naron pronounced Oyinlola the winner of the 2007 governorship election in Osun State.
The Court of Appeal, the highest court for hearing of governorship election petition was to later sack Oyinlola and replace hhim with the incumbent, Ogbeni Rauf Aregbesola.
Naron’s interaction with Kalejaiye, Oyinlola’s lawyer, during the trial, also earned the SAN a recommendation to the Nigeria Bar Association for punishment.
Archibong has presided over several controversial cases.
He has had several petitions sent to the NJC against him by the Peoples Democratic Party in the South West over the handling of the case involving the crisis in the Ogun State chapter of the party.
He sentenced a former local government chairman in Ogun State, Tunde Oladunjoye, to six months imprisonment in very controversial circumstances.
Archibong is also overseeing the case involving a a former Managing Director of defunct Intercontinental Bank, Erastus Akingbola.
The NJC will pass the recommendation to President Goodluck Ebele Jonathan for ratification.

In a statement signed by Soji Oye, Esq, Ag. Director of Information of the NJC, Archibong was recommended for compulsory retirement to President Goodluck Ebele Jonathan, GCFR pursuant to the ‘Findings” by the Council on the following Complaints levelled against him:-
· That the Judge dismissed the grievous charges against an accused without taking his plea;
· That he refused to release the Certified True Copy of his Ruling to the Lawyers;
· That the Judge issued a bench warrant on some officials of Peoples Democratic Party for contempt even when the counsel who was directed by the court to serve them filed an affidavit that he had not been able to serve the contempt application;
· That he made unfounded and caustic remarks on professional competence of some Senior Advocates of Nigeria;
· That there were glaring procedural irregularities which showed that Hon. Justice Archibong did not have a full grasp of the law and procedure of the court; and
· That he granted the leave sought for in the originating summons that had no written address of the parties and without hearing both parties in the originating summons after he had earlier on overruled the preliminary objection.
Hon. Justice T. D. Naron of High Court of Justice, Plateau State was recommended for compulsory retirement to Governor David Jonah Jang sequel to the ‘findings’ by the Council that there were constant and regular voice calls and exchange of mms and sms (text) messages between Hon. Justice Naron and one of the lead counsel for one of the parties to the suit in the Osun State Gubernatorial Election Tribunal contrary to the Code of Conduct for Judicial Officers of the Federal Republic of Nigeria vide Section 292(1((b) of the 1999 Constitution of the Federal Republic of Nigeria as amended.
Meanwhile, the National Judicial Council has in the exercise of its disciplinary powers under the 1999 Constitution of the Federal Republic of Nigeria as amended, suspended the two Judges from office with immediate effect.
The Council also set up a ‘Fact Finding’ Committee to investigate the allegations leveled against Hon. Justice Abubakar Talba of FCT High Court in the Police Pension case of EFCC vs Mr. John Yusuf & Ors.