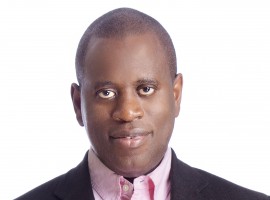 Natcom Development and Investment Limited on Thursday said it would deploy 4 Generation network to show its relevance in the Nigerian telecommunications market.
The Managing Director of Ntel, Kamar Abass, said this in Lagos during a media luncheon organised by the company.
Ntel is the company that acquired the assets and liabilities of the defunct NITEL and MTEL.
Abass said the company would now be known as Nigeria Telecommunications and would offer high speed data, high-definition voice and video to customers.
He added that there were still spaces in the marketplace for new SIMs, hence NTel as a new entrant had many opportunities.
According to him, the company will be doing video over data and ensure Nigerians get high quality broadband, rather than cheap broadband.
He said: “Nigeria is in extreme ‘data hunger’, with just 92.7 million active Internet users as at June 2015, but the surprising issue is that only 27.6 million of the users access the Internet are on 3G/4G networks.
“It shows that more than 65 million go on the Internet on 2G, which means that we are losing the broadband race by using 2G network, since 4G is the heart of broadband.
“Our story is that of pure 4G network, with high speed broadband and better technology.
“We see ourselves as offering Nigeria the key ingredient with the deployment of 4G.”
The NTel boss said the assets acquired from NITEL included cellular spectrum/microwave frequencies, telecom operating licences, international submarine cable, which is the SAT-3, and cell towers.
Abass added that the company also acquired fibre and duct network (including Right Of Way), prime buildings and satellite earth stations.
Abass said the company would roll out services simultaneously in three cities before the end of 2015.
These are Lagos, Abuja and Port Harcourt.
He noted that some of the equipment acquired from NITEL were obsolete, hence they would not be used to deploy the 4G services.
According to him, the 4G network to be built by NTel will be better than what is presently obtainable in the industry.
The company would start deploying fixed service in the second half of 2016, he said.
NTel’s ownership of SAT-3 would also help with superfast Internet from West to South Africa and Europe, all the way to Asia.
NAN.