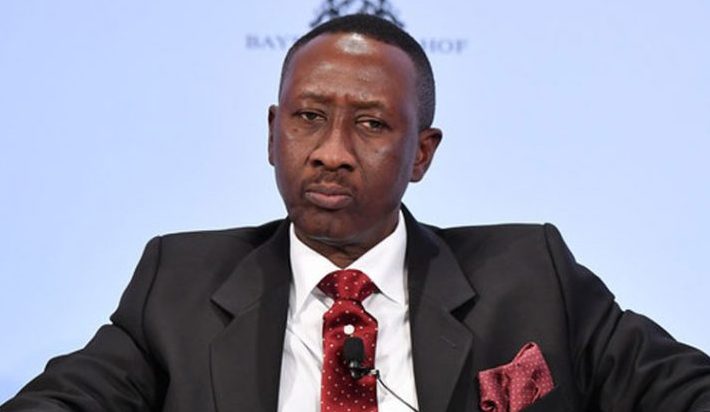 In a bid to ensure that sanity is maintained in Nigeria’s internet circuit, the National Information Technology Development Agency (NITDA), recently unveiled a Code of Practice for Online Platforms.

The move is aimed at regulating the online platforms’ mode of operations to checkmate the eruption of any sort of crisis in the nation’s ICT sector.

The Code of Practice was developed in collaboration with relevant stakeholders in the industry, including the Nigerian Communications Commission (NCC) and National Broadcasting Commission (NBC), as well as input from Interactive Computer Service Platforms (also known as Tech Giants) such as Twitter, Facebook, WhatsApp, Instagram, Google, and Tik Tok amongst others.

With rising technological advancement together with the internet, the media has now turned the world into a village where news and information can be transmitted to a large heterogeneous society within the shortest possible time.

While tapping from the benefits and dividends brought about by these Tech Giants platforms, stakeholders and regulators should not be unmindful of the negative effects associated with their unrestricted activities, especially in a multicultural society like Nigeria which is segmented along religious, ethnic and regional divides.

Over the years, online social media platforms in Nigeria have been utilized as perfect avenue for disseminating dangerous information capable of compromising national security, which threatened the existence of the country as a corporate entity.

Promoting this ugly trend among the citizens is the lack of proper mechanism or legal framework by the government or any other institutions to oversee and regulate the conduct and affairs of these international Tech Giants.

However, with the novel NITDA’s code of Practice, it is apt to say that the situation is on course to change for a better narrative.

Quoting NITDA; “The Code of Practice is aimed at protecting fundamental human rights of Nigerians and non-Nigerians living in the country as well as define guidelines for interacting on the digital ecosystem.

“This is in line with international best practices as obtainable in democratic nations such as the United State of America, United Kingdom, European Union, and United Nations.”

It is worrisome to learn that our public space is continuously being polluted on a daily basis with unwholesome contents capable of heating up the polity. These include but not limited to hate speeches, fake news, misinformation and disinformation and a host of others.

Agitators and other ethno-religious bigots have been utilizing social media handles for their vicious campaigns capable of inciting genocidal violence in Nigeria. It is on this note that last year, the Federal Government was left with no other choice than banning the operations of micro-blogging site, i.e. Twitter due to their prominent role in transmitting ‘dangerous contents’ with potential to distort public peace and security of Nigeria.

To that effect, it can be recalled how the prominent role played by social media platforms had aggravated the October 2020 youth EndSARS protest in Nigeria where a lot of fake news and inciting comments circulated via Twitter and Facebook were able to project what started earlier as peaceful demonstration to an upheaval. A lot of civilians and security forces were killed, while private and public properties worth billions of Naira were equally destroyed.

Apart from that, it is on record that scrolling through the pages of our social media handles will leave a right thinking person wondering on what direction the future of our younger generation is facing. Because, images as well as footage on how how social vices and other forms of crimes can be committed are being shared.

It is still fresh in our minds, how Soliu Majekodunmi, an Ogun teenager who was arrested in January, 2022, on the account of slaughtering his girlfriend, Sofiyah, for suspected money ritual purposes made a daunting revelations that he was able to learn and comprehend  the practice through Facebook.

Also, various tactics and strategies on how to commit stealing, yahoo – yahoo, kidnapping, cultism etc. are being presented in form of comedies across our media platforms all in the name of entertainment while on the other hand ignoring the negative effects it might constitute on the minds and cognitive processes of many people especially the younger ones who might consider it as normal doings.

In addition, our eyes and brains are also being bombarded with gory images and videos recorded from the scene of violence which continue to harden our minds, thus feeling unshockable with the unfolding of these kinds of brutalities and barbaric acts. We consider it as normal happening as well as order of the day. And this is not unconnected to how we are being too much exposed to it on social media handles.

Therefore, it is not surprising why recently there is unacceptable spate in the incidents of mob justices in our societies. At the event of this heinous act, an accused person will be lynched and equally set ablaze while the footage will go viral on social media for other callous and senseless mob in another location to watch and later serve as blueprint for them in conducting similar episode.

Again, another dangerous form of internet-assisted crime is ‘cyberbullying’. Kidnappers and other cohorts of criminals are in the fond of recording the process of how they torture their victims and sending the content to public space via social media for promotion without any restrictions from the service providers or handlers.

We can recall how the intending couple of Nigerian Army were raped and killed en route to Imo State for their wedding ceremony and the tragic footage of this barbaric acts was transmitted on social media by the perpetrators. For how long are we going to continue to live with these moral decadences with online platforms at the epicenter of promoting this campaign at free cost? Something must be done to stem the rising tides of these cybercrimes.

Therefore, this Code of Practice instituted by NITDA has set out “procedures to safeguard the security and welfare of Nigerians while interacting on these Platforms. It aims to demand accountability from Online Platforms regarding unlawful and harmful contents on their Platforms. Furthermore, it establishes a robust framework for collaborative efforts to protect Nigerians against online harms, such as hate speech, cyber-bullying, as well as disinformation and/or misinformation.”

This intervention by NITDA is timely especially with the approach of 2023 general elections where the social media will be heavily utilized for electioneering campaigns of politicians. Because, it will go a long way in restricting the appearance of contents capable of heating up the polity.

NITDA has no doubt performed a wonderful job for coming up with these sets of standard procedures especially after due consultations with the affected Online Platforms and other stakeholders and agencies in the industry.

Nevertheless, it is at this juncture I will seize this opportunity to call the attention of NITDA so as to consider incorporating the Nigerian Press Council (NPC) as part of the stakeholders for this watershed national assignment.

Being an agency responsible for regulating the operation of print media including newspapers, journals and magazines in Nigeria, thus, their contributions and role can never be downplayed especially at this era of digitization where every print media houses has since established online platforms where publics can just click the button and get access to their news and reports as the events are unfolding.

This is necessary as it will add more value and reach to the campaign so as to achieve the desired goals and objectives.

All in all, it is necessary for NITDA to leave no stone unturned in ensuring the outright implementation of the procedures by these Online Platforms as stated in this Code of Practice. In the same vein, legal frameworks should be used to sanction any affected platform who fails to abide by these ethics as enshrined in the Code of Practice.