NIPR vows to flush out quacks in public relations practice 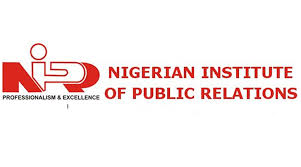 The Nigerian Institute of Public Relations says it is working towards flushing out quacks in the practice of public relations in Nigeria.
Tayo Hastrup, Chairman, NIPR, Abuja chapter, disclosed this when he led a team from the institute on a courtesy call on Ahmed Isa, Chief Executive Officer, Human Rights Radio on Monday in Abuja.
Hastrup said that the major reason for the visit was to congratulate Isa for his membership and induction into NIPR, adding that he had also being included in the list of elders of NIPR.
The chairman said that Isa deserved accolades for using his medium as the voice of the voiceless and as an independent platform to fight corruption and human rights abuses.
He said that NIPR would explore areas of mutual benefits with Human Rights radio as well using the medium to promote the campaign against quackery in the profession.
He said: “The law that set up NIPR gave it the power to regulate the practice of public relations in Nigeria and we have to go round and make a very serious campaign against quackery in the profession.
“If you are not a member of the institute, and you are practicing public relations in any organisation, whether private or public, you are a quack.
“We have started the campaign; we have written to some organisations to drive the campaign.
“We have written organisations that appointed non-members of NIPR as public relations officers informing them that are going against the law establishing NIPR.
“We have written organisationis notifying them before they appoint public relations officers, they must seek from NIPR to find out if the person they are appointing is a practitioner and member of NIPR.’’
He said the NIPR law was an act of the National Assembly and must be obeyed and enforced as the institute had taken some violators to court.
Responding, Isa said that Human Rights Radio under his leadership would do all it could to support NIPR.
He said that in line with the effort to bring to end quackery in the profession, Human Rights Radio had given one hour air time to NIPR for the campaign any day it came for it.
Isa said that everything about human existence revolved around human relations and public relations.
He said: “Public relations is very important and I feel we should have programmes that would create that awareness so that members of the public will know that this is one profession that people cannot just walk into and claim to be professionals.
“You need to know what you are doing because every public relations officer of any organisation is the face and heart of that organisation.
“We should collectively put our heads together and make the government give us the enforcement power in order to get rid of quacks.’’
He said he felt highly honoured to have being inducted into NIPR.