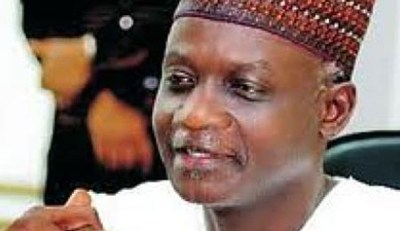 The Executive Secretary and Chief Executive Officer of the Nigerian Investment Promotion Commission, Mustafa Bello, has sought the inclusion of Joint Ventures in the regulatory scope of the Infrastructure Concession Regulatory Commission.
“ICRC’s focus on Public Private Partnership to the exclusion of Joint Ventures is something that should be reviewed in the interest of the nation. JV should be seen as a species of PPP and should not be left unregulated,” the NIPC boss said on Wednesday when the leadership of the ICRC paid him a courtesy visit in his Abuja office.
Bello noted that his commission was working on some informed opinion on how government agencies could integrate their operations in such a manner that would attract foreign investments.
The opinion, which he said would be made available to ICRC, would help to shape the government’s investment drive process and also make the job of both NIPC and ICRC easy.
“We tried the same approach with the Nigerian Custom Service and today, the outcome is not just efficient business facilitation but also enhanced revenue,” he said.
He called on ICRC to embrace the NIPC’s One-Stop Investment Centre initiative, which he said would take away pressure from the executive management of the ICRC, particularly in dealing with petty enquiries and routine approvals.
Responding, the Director General of ICRC, Aminu Diko, thanked the NIPC boss for willing to share his wealth of experience with the ICRC and noted that collaboration among government agencies was critical to the success of any development efforts of government and particularly in furtherance of the government’s transformation agenda.
“The One-Stop Investment Centre initiative is laudable and ICRC would be happy to understudy the concept and its operations for possible adaptation or collaboration,” he said.
Diko noted that ICRC was committed to the promotion of PPP and would continue to play a major role in how PPP projects were created and implemented.
“More than ever before, we are focusing on building local capacity for effective PPP project development, procurement and implementation in line with best practices,” he said.
He therefore sought the input of the NIPC in the proposed PPP regulations to be issued by ICRC and the proposed amendments to the ICRC Act, adding that as an investment promotion agency of the government, NIPC’s support was critical to the success of the government’s PPP programme.