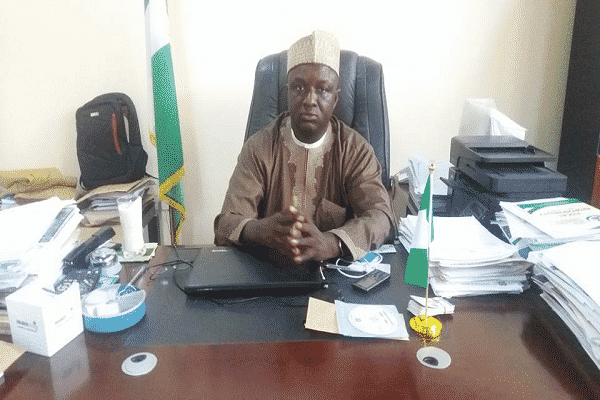 The Director-General of the Nigerian Meteorological Agency, Prof. Sani Mashi, has faulted calls in some quarters for the creation of a separate and parallel Climate Change Agency.
Mashi, who made this known while speaking with newsmen in Lagos on Tuesday, said the establishment of such body would amount to a duplication of functions already being carried out by NiMet.
He said NiMet was established by an Act of Parliament in 2003, to provide weather services in marine, environmental and bio-meteorology for climatic and human health activities.
According to him, all stakeholders were in agreement that it has been carrying out this role both effectively and efficiently, and therefore, sees no reason for the creation of a new body with similar functions.
He added that creating another body with essentially the same roles as NiMet would not only be counter-productive but also a waste of scarce resources during the period of economic recession.
Mashi said: “Since its inception in 2003, NiMet has played, and continues to play crucial, critical and strategic roles in fulfilment of its mandate, including the issue of Climate Change.
“Hence it is the major authoritative voice on climate issues in Nigeria, as recognised by the World Meteorological Organisation, a technical and specialised Agency of the United Nations.
“Furthermore, NiMet is the repository of the national archive of climate data in Nigeria. The climate data bank has data spanning over a century from over 60 synoptic stations spread across the nation.
“There are no meaningful climate studies or policy developments that can be conducted without credible climate data. This climate data can only be found in NiMet.
“NiMet also has the largest concentration of climatologists in the country and these resources are always used to produce the scientific basis for climate change in Nigeria.”
Mashi noted that instead of creating a parallel agency, NiMet should be reorganised and strengthened to enhance the discharge of its responsibilities through the amendment of the enabling Act.
He said areas that require amendment include, but not limited to the elevation of Climate Services to a Directorate of Climate Services status to “better handle issues relating to climate and climate change”.
He stated: “It is rather surprising that at a time when the country is experiencing an economic recession, people are proposing the creation of a parallel agency that will merely duplicate the functions of an existing body.
“Even at the best of times when resources do not pose any significant bottleneck, such obvious duplication is counterproductive and may lead to conflict of interest and unnecessary rivalry.”
The News Agency of Nigeria reports that the National Assembly (House of Representatives) is currently processing the proposed bill for an Act to create the Climate Change Agency of Nigeria, with a Public Hearing on the bill already scheduled.