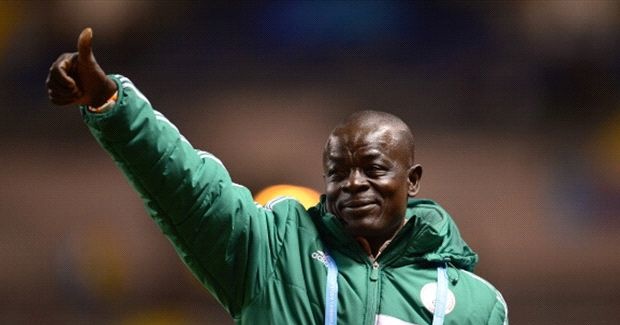 Ahead of this year’s FIFA U17 Women’s World Cup in Jordan, Head Coach of the U17 Women National Team, Flamingoes, Bala Nikyu, has assured that his girls will be ready to take on the world starting from September 30 in Jordan.
A total of 30 players, alongside technical and backroom crew, have been in camp in Abuja for the past two weeks perfecting strategies for the championship.
Nikyu, who also led the Flamingoes at the last championship in Costa Rica, where Nigeria reached the quarterfinals, admitted that the players’s fitness is not yet at the level he desires, but added that everything is being put in place to make sure that the team improves tremendously before the end of this month.
“Some of the players were not actively involved with their various clubs before they were invited to camp; that’s why we are working on their fitness level, and I am glad it has actually improved from what it was the previous week,” Nikyu stated. “The new additions to the team are also doing well in training.”
Captain of the team, Rasheedat Ajibade, said the Flamingoes are ready for the challenges ahead and will work hard in achieving their aim. The Flamingoes had notched a 100 per cent record in the qualifiers, winning 9-0 on aggregate against Namibia and dismantling the Bantwana of South Africa 7-0 on aggregate.”
The 5th FIFA U17 Women’s World Cup will be in hosted in three Jordanian cities of Amman, Irbid and Zarqa, September 30 and October 21, 2016. The Flamingoes will kick off their campaign against Brazil on October 1, before clashing with England on October 4 and wrapping up their group campaign against 2008 champions, Korea DPR on October 8.