Nigeria’s terrorism law is weak – US 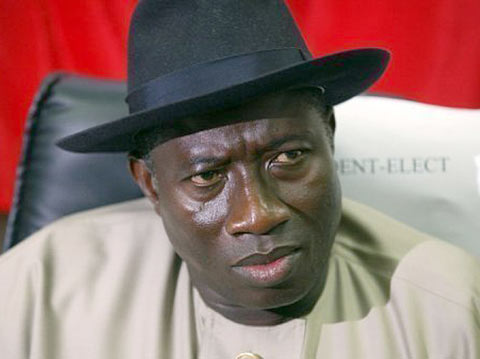 The US Department of State Covering note to Congress
A covering note by the US Department of State to the Congress, said of the report: On May 30, 2013, the State Department submitted Country Reports on Terrorism 2012 to the U.S. Congress as required by law. This report, available on www.state.gov/j/ct, provides the Department of State’s annual assessment of trends and events in international terrorism that occurred from January 1 to December 31, 2012. It includes a strategic assessment, country-by-country breakdowns of counterterrorism efforts, and sections on state sponsors of terrorism, terrorist safe havens, and foreign terrorist organizations.
The 2012 report marks the first year the statistical annex was prepared by the National Consortium for the Study of Terrorism and Responses to Terrorism (START) at the University of Maryland. As a result of differences in data collection methodology with prior versions of the annex prepared by the National Counterterrorism Center, the statistics in this report are not directly comparable with data from previous reports.
The following were among the most noteworthy counterterrorism developments in 2012:
A marked resurgence of Iran’s state sponsorship of terrorism, through its Islamic Revolutionary Guard Corps-Qods Force (IRGC-QF), its Ministry of Intelligence and Security, and Tehran’s ally Hizballah was noted. Iran’s state sponsorship of terrorism and Hizballah’s terrorist activity have reached a tempo unseen since the 1990s, with attacks plotted in Southeast Asia, Europe, and Africa. Both Iran and Hizballah also continued to provide a broad range of support to the Asad regime, as it continues its brutal crackdown against the Syrian people.
The al-Qa’ida (AQ) core in Pakistan continued to weaken. As a result of leadership losses, the AQ core’s ability to direct activities and attacks has diminished, as its leaders focus increasingly on survival.
Tumultuous events in the Middle East and North Africa have complicated the counterterrorism picture. The AQ core is on a path to defeat, and its two most dangerous affiliates have suffered significant setbacks: Yemen, with the help of armed residents, regained government control over territory in the south that AQAP has seized and occupied since 2011; also, Somali National Forces and the African Union Mission in Somalia expelled al-Shabaab from major cities in southern Somalia. Despite these gains, however, recent events in the region have complicated the counterterrorism picture. The dispersal of weapons stocks in the wake of the revolution in Libya, the Tuareg rebellion, and the coup d’état in Mali presented terrorists with new opportunities. The actions of France and African countries, however, in conjunction with both short-term U.S. support to the African-led International Support Mission in Mali and the long-term efforts of the United States via the Trans-Sahara Counterterrorism Partnership, have done much to roll back and contain the threat.
Leadership losses have driven AQ affiliates to become more independent. AQ affiliates are increasingly setting their own goals and specifying their own targets. As receiving and sending funds have become more difficult, several affiliates have increased their financial independence by engaging in kidnapping for ransom operations and other criminal activities.
We are facing a more decentralized and geographically dispersed terrorist threat. Defeating a terrorist network requires us to work with our international partners to disrupt criminal and terrorist financial networks, strengthen rule of law institutions while respecting human rights, address recruitment, and eliminate the safe havens that protect and facilitate this activity. In the long term, we must build the capabilities of our partners and counter the ideology that continues to incite terrorist violence around the world.
Although terrorist attacks occurred in 85 different countries in 2012, they were heavily concentrated geographically. As in recent years, over half of all attacks (55%), fatalities (62%), and injuries (65%) occurred in just three countries: Pakistan, Iraq, and Afghanistan.