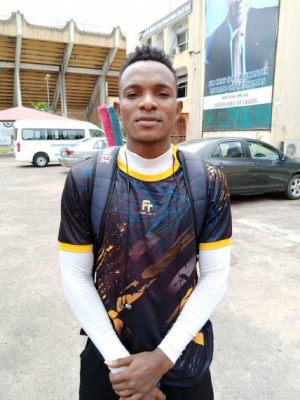 Nigeria’s number two ranked badminton player, Godwin Olofua, on Wednesday said his quest to participate in the next Olympics was non-negotiable.

Olofua, also Africa’s number 1 ranked player in the men’s doubles, made his desire to be in the Olympics known in an interview with the News Agency of Nigeria in Lagos.

“COVID-19 time-out has been a tough experience in keeping me in shape, but now the Molade Okoya Thomas Hall of Teslim Balogun Stadium is open for us thrice in a week.

“As I have said, the Olympics is my greatest priority now because qualification can be best assured with enough training.

“The qualification comes up in January.

“I want to be in the Olympics so as to make a bold statement.

“So before January, I should have been in top form.”

Olofua said he would also use the yet-to-be announced date of the National Sports Festival in Edo State to brace up and sharpen his skills.

He said: “I have already qualified to play in the postponed NSF, but whenever it gets another date, I will be using it to get better for the Olympic ticket.

“Fortunately, we also have other tournaments right ahead of us, but I need that Olympic ticket above them all.

“What is left for me is to be at my very best.

“The training now is very much intense.”